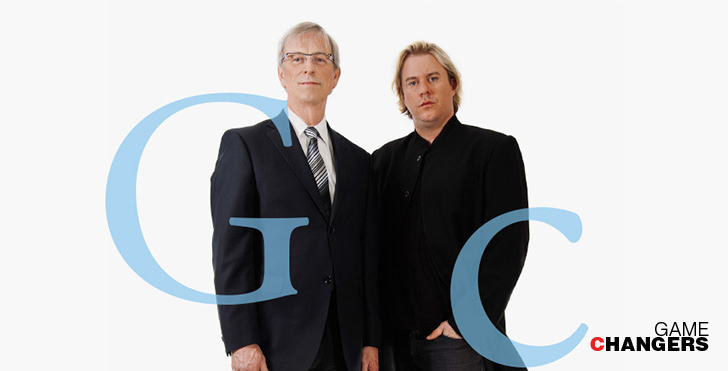 “Ten years ago many oil and gas executives thought [the] North American business was in its sunset; the new pools being found kept getting smaller, risks were increasing, overhead rising. New technology, however, has been a game changer, and now everyone is back in North America—redeveloping or expanding existing pools, drilling in areas never previously contemplated,” says Tutty.

Tutty’s career started with Texaco Exploration in Calgary as a junior petroleum geologist earning a new grad’s $600 monthly. Following the buyout of Texaco by Imperial Oil in 1990, Tutty became the General Manager of exploration and Chief Geoscientist in charge of exploration activities and geoscience staff development. While in Houston, his advisory roles earned him the appointments of VP and director of two Esso Papua New Guinea companies, with a mission to advance shareholder endorsements for business proposals from Essos Australia, Malaysia, Indonesia, and Papua New Guinea.

Today, as Sabre Energy Ltd.’s VP of Exploration he now exercises his broad influence and interests in legacy oil and gas properties in Western Canada and opportunity screening and mapping to identify new areas for growth.

“Never underestimate the creativity and ingenuity of the people in this industry,” says Tutty, a firm believer in capitalizing on existing fields to maximize production and enhance recovery. “I see a ‘redevelopment’ of the hydrocarbon basins of the world with new technology as learnings from North America are applied elsewhere.”

Recalling the challenges he had as a new grad to embrace technology, such as electronic data management systems, he advises the younger set to keep an open mind to new technologies but be cognizant of the risks and “know when it’s time to end a project … let the information drive the path and direction, and most importantly, cultivate and maintain your networks as they can give you a broader vision of the future.”

His son, Chris Tutty, a marketing wizard, artistic genius, and entrepreneur, underscores his father’s notions to realize one’s limitations and invest your efforts in a quality mentor. “I know what I’m good at and what I’m not. If someone can do something in two hours and save me time, then let him or her do it.”

Chris’s art has impacted many charities, including the Kennedy Foundation, The Waterkeepers Alliance, Bill Brooks, and Trout Unlimited, to name a few. One of his most recent works was purchased by Pierce Brosnan, and his client list is growing legs.

Referring to his mentor, Paul Vickers of US Flood Control, Chris Tutty states, “(Paul) can look back and tell you [what he did wrong, but] you have to listen. [You must] be willing to reinvent yourself.” Chris advises to set aside money if you need to make it happen, “Re-prioritize to reinvent, … but don’t take no for an answer.”