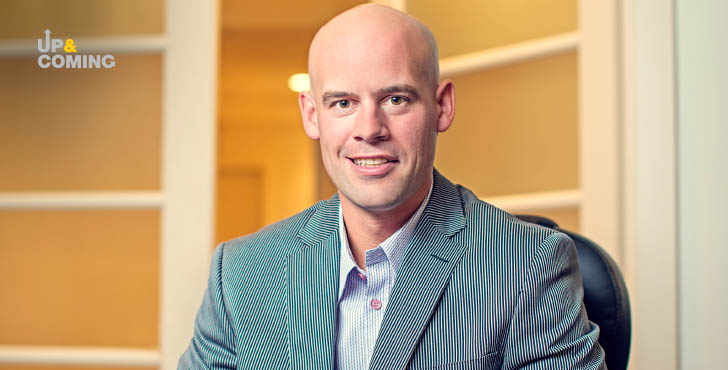 A native of Harbour Breton, NL., Stephen studied engineering at Dalhousie University, and then worked on offshore drilling projects in Nova Scotia. In 2006, Stephen joined Baker Hughes as a field engineer. Currently, he resides in Halifax, but regularly travels throughout Eastern Canada pursuing opportunities within the energy industry.

Stephen: Yes, in my professional life, there have been several. Depending on the organization, some companies assign a mentor. In my first job in the energy industry, I had a great mentor. Although we have taken different paths within the energy industry, he is a great personal friend to this day. In other organizations, mentors just develop through relationships. For me, quite often a respected manager develops into a mentor. One manager inspired me with his work ethic; another one inspired me with his negotiating abilities.

Stephen: Achieving the goals that I have set. I always perform above the rest of the pack.

Stephen: They should pursue their desire to enter the industry and not stop until they have achieved that goal. It is a great industry to work in. The offshore industry, in particular, is very safety conscious, relies heavily on technology, and is filled with excellent people.

Stephen: Negotiating multi-million dollar contracts prior to age 30 was a milestone for me. If I had not joined the energy industry, I do not think this milestone would have been attained.

Becoming a sales team lead (Baker Hughes Process and Pipeline Services–Eastern Canada) at the age of 29 was another milestone for me. This role opened up following the sudden departure of the previous sales manager. In fact, I was not an obvious choice to my managers at first. However, a well-crafted e-mail and phone call let the right people know I was willing and able to take on the responsibility.

Stephen: After working for a couple years in the energy industry, there was a break in activity in Eastern Canada. I was provided the opportunity to relocate internationally. I declined as I was committed to living on the East Coast. Since the industry was slow, there were not many full-time opportunities for a young engineer. So, I became a contractor and worked with various operators on offshore drilling projects.

The second challenge I faced was balancing my career with my personal life. For the first five years of the career, I spent a lot of time working offshore and on irregular schedules. I was getting married and wanted to start a family. Knowing career and personal life would clash, I pursued a career that was more harmonious. Within the oil and gas industry, I shifted to a company/division that was more mid-stream focused and thus had a more stable work pattern. In addition, I moved into a sales role. This enabled me to create my own travel schedule that I could manage with my personal life.

Stephen: My introduction to the oilfield was as a well evaluation field engineer. This was a very technically intense job—lots of high-tech equipment including, but not limited to, electromagnetic induction equipment, radiation equipment, sonic equipment, fancy telemetry, seismic equipment, etc. Later, field engineering roles were less technology based, but I did get to play with some fun subsea data recorders and communication equipment. In my current role, fancy high-tech equipment is not our specialty. However, technology in the form of social media is becoming an increasingly bigger part of my life.

I plan to spend the next five years in the energy industry in Eastern Canada as it is poised to be an exciting period. Opportunities abound as there are several mega-projects in various stages of development.

Stephen: Growing up in the fishing industry in Newfoundland, I was only aware of the energy industry as a distant and far-off industry. When thinking about post-secondary education during high school I took an aptitude test. The top few suggestions were various engineering disciplines. Still, I took courses in my first year at Dalhousie that allowed me to pursue either engineering or marine biology following my first year of studies. Once I was immersed, it was clear to me engineering was my calling.

Through the university, I had great roommates. Some were geologists, some mining engineers. These guys had done some work terms in the oil industry. Their stories and my growing understanding of the offshore energy industry on the East Coast of Canada ignited a passion to work in this industry. Opportunity came knocking when firms were conducting their recruitment drives.

Stephen: Simply put, it is a wonderful and rewarding industry. I have met and worked with many great people in this industry. I am thankful that I chose this path.

Stephen: In my opinion, no one is perfect. For that reason, I do not have a single role model. Rather, I have a select few role models, and I look to them as a role model for that piece of them that I admire. My father’s work ethic has always been an inspiration for me. A previous manager was a genius negotiator. My current manager is very good at managing personnel.

Stephen: As an engineer, energy to me represents all forms of energy. We are seeing a surge of developments along non-traditional sources of energy including wind, solar, tidal, hydroelectric, oil, natural gas, etc. Luckily, we are blessed with all of these energy resources in Canada and more specifically, Eastern Canada.

My second thought on energy is that I am high energy, and I like to have high-energy people around me.

Stephen: I do not use many apps. That said, my GPS/mapping app has saved me a few times by helping get me to my intended destination on time.

Stephen: Collaboration—I think the millennial generation will carry their desire to share information with them to work. This will result in an increase in the sharing of information across real and perceived borders, between companies, for example.

Stephen: When it comes to communication, I much prefer talking with someone via phone or when possible in person. That said, many people around me (family, friends, co-workers, clients, etc.) prefer to communicate via other methods including texting, BBM, etc. So, although I never initiate communication in this way, it is a very effective way to communicate with people whom have a preference for texting/BBM, etc. One thing is for sure, social media is here to stay and as later generations progress into the workplace, social media will become more and more prominent than it is today.

Stephen: For communication, I use email the most. I will also text and use BBM on a daily basis to communicate with family, friends, co-workers, and clients. At work, we also have an internal office communicator, which I use to communicate with co-workers. I do use Wikipedia on a regular basis as a semi-reliable source of information. I use LinkedIn and Facebook occasionally. I will visit blogs occasionally for personal use such as troubleshooting a technical issue with my boat.

Stephen: From an employee perspective, I think this is awesome. Job opportunities will flow to the individual with minimal effort—assuming you have sought-after skills and abilities. The days of “pounding the pavement” are numbered—or gone! From an employer/manager perspective, this can be very intimidating.

Stephen: I love what I do for several reasons: (1) I get to go out and meet new people on a regular basis. Moreover, I get to help those people find solutions and solve problems. That is incredibly satisfying. (2) It’s fun! Golf, parties, entertaining … need I say more? (3) To experience new things. This has two layers. First, simply by getting out of the office, traveling, eating in new restaurants, etc.—this is enjoyable. Second, I constantly get to look at different projects and challenges across the entire spectrum of the energy industry.

Spread the word about Stephen Wagner!