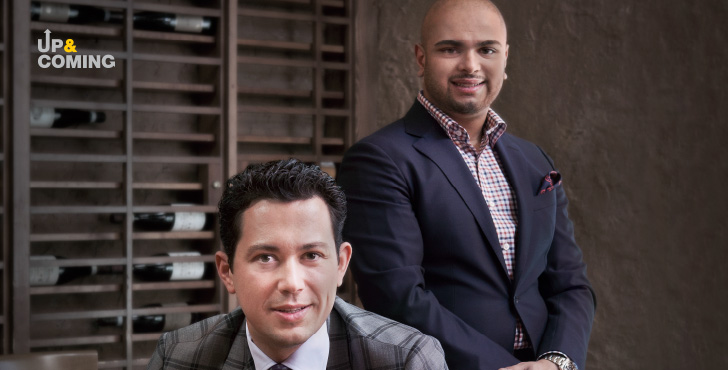 Alex Popa and Lloyed Lobo have known each other for over 15 years. They met in college while studying Engineering, where they were partners in every single project. Almost three years ago, Alex and Lloyed moved to Calgary to launch Boast Capital, a consulting firm that helps companies recover their research and development costs from the government through the multi-billion dollar R&D tax credit program. What started as an office out of Alex’s spare bed room has quickly grown into a thriving business with offices in Calgary, Vancouver, as well as Silicon Valley, California, servicing clients on both sides of the border.

Alex and Lloyed state two reasons for their success:

1) Hiring very smart people and getting out of their way. Give everyone creative freedom and autonomy, but also keeping open lines of communication.

2) Weaving a “Pay It Forward” culture, into the fabric of the company from the get-go. You will find their team members giving back to the community in different ways; from volunteering at non-profits, to creating an entrepreneurial culture in the cities where they do business, to coaching kids and youth on entrepreneurship, technology, and sports. Alex and Lloyed even launched a fund to invest in early entrepreneurs.

Over the next five years you can expect to see more of Boast Capital in many cities across North America!

We asked Alex and Lloyed:

Alex and Lloyed: Building things that create an impact on generations to follow.

Alex and Lloyed: We’ve had the opportunity to learn from the experiences of several great people around us—it’s difficult to pinpoint one person.

Alex and Lloyed: Seeing our clients, colleagues, and community succeed and thrive.

Alex and Lloyed: While the job opportunities are limitless in the energy industry, there isn’t a better time to explore entrepreneurship. Find a problem that the industry is facing and create a solution to disrupt it.

Alex and Lloyed:  Every day is a new milestone. Recently we co-hosted The Cloud Factory conference which was attended by over 500 global leaders from around the world and was dubbed as one of the best technology conferences ever held in Canada.

Alex and Lloyed: The first few months of your business can be very challenging. Stay focused on the prize. At the same time, help others selflessly; the good karma always comes back.

Alex and Lloyed: Technology is a huge enabler. In fact it wouldn’t be wrong to say that today we are all technology companies.

Alex and Lloyed: Over the next five years, you can expect to see more of Boast Capital in many cities across North America!

Alex and Lloyed: A big part of starting our business in Calgary was because of the limitless opportunities in energy.

Alex and Lloyed: It’s a growing industry that’s spending a lot of money on research and innovation. And we help companies recover their R&D spend from the government.

Alex and Lloyed: Elon Musk, Larry Page, and everyone who dedicates their life to make the world a better place.

Alex and Lloyed: One of the basic properties that surround us and provides the power to our resources.

Alex and Lloyed: Flip board—it curates everything you need to know in one place.

Alex and Lloyed: Disruptive innovation and new ideas to do things better, faster, and cheaper.

Alex and Lloyed: Meeting people in person will never go out of fashion. That’s how you build long lasting relationships. Social media is just another medium to build relationships so it’s important to be authentic on it.

Alex and Lloyed: We’re power users of LinkedIn and Twitter and use it to build new relationships and stay connected with our network.

Alex and Lloyed: LinkedIn has greatly simplified the process of finding talent. We don’t know what we’d do without it.

Alex and Lloyed: Waking up every day knowing that we, as a team, are making a huge impact on our clients and the communities where we do business is a feeling you simply cannot beat!