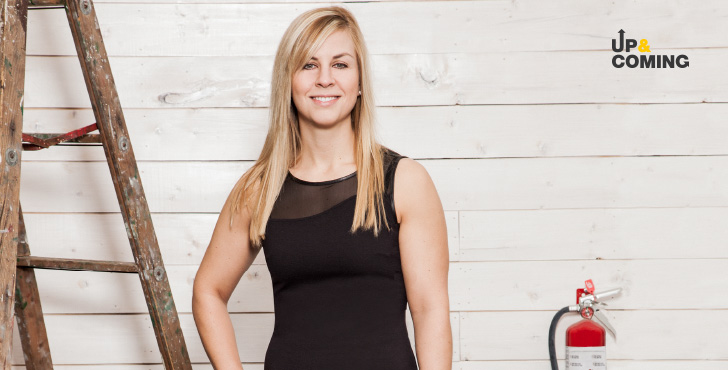 Jenny Jefferies is a Newfoundlander with a love for the island’s rugged outdoors. Jenny spent her youth growing up in Labrador and moved to Newfoundland to attend the Memorial University of Newfoundland to complete a Diploma in Marine Engineering and a Bachelor of Maritime Studies. Jenny completed an internship with the Canadian Coast Guard and an additional two internships with Rolls-Royce Canada, where she is currently still employed. Upon graduation, Jenny accepted a position with Rolls-Royce Canada as a field service engineer. After two years within the role, she was promoted to service project coordinator, and then three years further into her current position as the service manager for Eastern Canada. In her spare time, Jenny maintains a healthy lifestyle and focuses on fitness, admitting she has an itch for weight lifting.

Jenny: Proactively maintaining for the long term in efforts to preserve a future.

Jenny: I’ve had several mentors both inside and outside the workplace, all positive. It is very difficult to pinpoint one individual as each has helped shaped the individual I am today.

Jenny: In my opinion, true success occurs when you continually persist even through failure.

Jenny: The sky’s the limit and opportunities are endless, just be open minded.

Jenny:  I was promoted to senior service manager within five years of employment with Rolls-Royce Canada Ltd.

Jenny: Gaining respect and credit from marine experts and colleagues.

Jenny: Technology impacts everything I do. I am experiencing more and more customers and colleagues who are relying on emailing/computer systems. It’s quite nice to receive a phone call these days.

Jenny: Fast-paced and challenging, and, hopefully, as rewarding as it has been the past five years.

Jenny: Not really, I became “lost” along the way, but appreciate where it has taken me.

Jenny: The possibilities and the opportunities globally available.

Jenny: Our site’s last service manager and my old boss, Tom Kilgour. He was a leader rather than a manager and cast a shadow that motivated all within his vicinity. Tom saw my potential and gave me the opportunity to prove it. He is now the site manager of Rolls-Royce New Orleans, and I still have the pleasure to work with him.

Jenny: One of the basic properties that surround us and provides the power to our resources.

Jenny: Ellen’s Heads Up and myWOD (fitness app) for traveling.

Jenny: It allows better networking, but should be used with caution.

Jenny: Not for my current role.

Jenny: It definitely opens the doors wider as connections are made more easily.

Jenny: It never gets boring. Just when you think you have a handle on the situation or process, change occurs, and we have to adapt accordingly—no two days are the same!

Spread the word about Jenny Jefferies!