The biggest influencer on oil price is supply and demand. When world oil supply is high oil prices most often go down. When the supply of oil is low and demand is high, oil prices often go up.

Supply and demand are impacted by population, politics, economics and a range of other factors. Let’s take a look…

Our ever-expanding global population and the importance of energy in developing countries creates higher oil demand.

Just how much will oil and gas be impacted by population growth? Oil demand is expected to increase by close to 100 million barrels of oil equivalent a day (mboe/d) between 2015 and 2040. That figure remains even with renewable energy coming on stream. It’s not an either-or situation – it’s both. 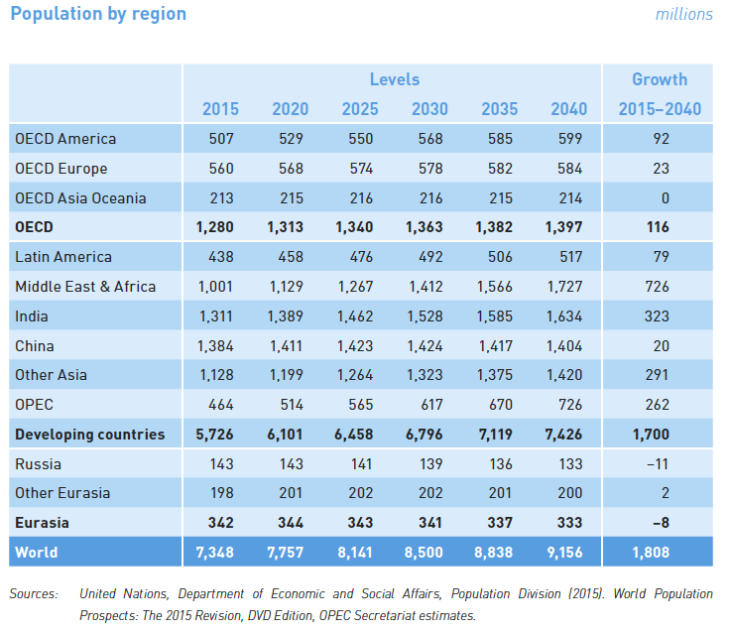 OPEC manages the supply of oil in an effort to set the price of oil on the world market. The goal is to avoid fluctuations that might affect the economies of both producing and purchasing countries. OPEC countries act together as if they were a single producer and is able to fix price for oil without unnecessary competition and market disparity.

Because of so many oil influencers, even OPEC doesn’t always get it right. In 2014 OPEC maintained its production level of oil despite lowering demand in Europe and China. The result was an oil excess in the market and a falling oil price which had a negative impact on the world.

In 2015, US shale oil producers steadily increased and pushed US oil production to 9.4 million mbpd, reducing the OPEC market share. The result was an increased supply of oil in the world oil market and a historic drop in oil price which we have all just experience. It also created a shale oil boom for oil producers in the US simultaneously. Things ebb and flow.

The direct impact of low oil prices spans far and wide. It affects oil producers, major contractors, suppliers, supporting industries and the people who work in them. To give you an example of how hard-hitting low oil prices can be, consider this: In 2015, oil exploration and production declined significantly. The number of drilling rigs declined 44 percent in the first quarter of 2015.

How did that impact the world’s oil exploration, production, drilling progress, oil supply, companies, and employees? The magnitude was staggering. Of the more than 440,000 layoffs that happened globally during the recent depressed oil price regime, it is estimated that:

The employment situation that resulted from the low oil was a global tragedy.

Job loss has a domino effect in terms of; spin-off business in the oil and gas sector, overall economics, individual spending, household income, individual health and well being, family health, quality of life and many other socio-economic impacts. It was tragic and may have been prevented with stronger, global collaboration.

To combat low oil prices and its impact on the energy sector and the world, on November 30, 2016, OPEC extended production cuts to 1.2 million barrels per day to the end of 2018. This ensured that high demand and lower production would drive the price of oil back up.

Reacting to the global demise, on December 2016, a decision of the 11 non- OPEC producing nations also agreed to voluntarily make production adjustments over the same time period as OPEC. The drawdown of the stock overhang and bring the oil market rebalancing forward. These adjustments by a total of 24 participating nations, now known as the ‘Declaration of Cooperation’, have since been renewed to the end of March 2018. The price of oil rose to that it is today. $70 and rising. It worked.

Natural disasters impact the price of oil. For example, Hurricane Katrina affected 19% of the US oil supply in 2005 causing prices to climb $3 per barrel.

Political dynamics impact the price of oil. In January 2013, oil prices rose when Iran played war games near the Straits of Hormuz causing a potential threat to this oil shipping lane. Based on a perceived decrease in supply, by February 8, oil had reached $118.90/barrel. That sent gas prices to $3.85 a gallon by February 25, 2013. The strait of Hormuz transports oil and gas from Iraq, Kuwait, Saudi Arabia, Qatar, and the UAE. Any disruption to this region will have significant effects upon global crude prices, given the impact on supply.

Today, we are experiencing a number of factors impacting oil and gas price; The volatility in Venezuela impacts oil as Washington is considering sanctions against Venezuela. There is an increase in demand for Nigerian oil, however, there are ongoing Nigerian domestic problems causing an unstable exploration and production climate. China has been at unrest in the South China Sea. Before this article is published there will be more.

We will always have political influence on oil production so it’s really about how we unite to mitigate and manage them. Political variables and circumstance change constantly and come with their own set of policies, negotiations, and cultural discourse. They move with time and leadership. We can understand the regional implications of political influence on oil and gas but it’s now time to look at the big picture overall and make global political decisions simultaneously understanding regional influence. Media could be paramount in achieving this.

The Oil Price Spike: Being Smarter

The current upward spike in oil price is a great indicator of how variables merge and create changes rapidly. We’ve seen a dramatic increase in price in a matter of months. The game is unpredictable at best, economically devastating at worst. But without oil, life as we know it would come to a screeching halt. Not having oil as an energy source, is not an option. So these are the times of global perspective, unity among nations and energy collaboration for the good of all. This era demands that we be smart with oil and gas and use it for it’s highest good. We must use oil to bridge non-renewables to renewable energy sources. Oil and gas will bring in new energy as it is the foundation of that energy play. It willfuel new energy into existence.

We need to be ensured of energy supply with a cleaner energy source for the survival of our growing population and our beautiful planet.

Right now, the oil price is hovering between $75 – $80 per barrel. We will never perfect the oil price game because there are too many moving parts. But we can lessen the degree of impact and mitigate risk.

Our global goal should be to unite where possible, make global production decisions that benefit all, mitigate natural disasters and climate change where possible by ensuring our planet is clean and safe.

Given that every person on the planet is impacted by oil and gas, we need to make global decisions rather than local ones. The Declaration of Cooperation is one step closer to global unity. Next, it’s to harness the potential of developing nations and bring them into the equation in an inclusive and energy conscious way.

If we have learned anything from the recent oil price decline and it’s impacting global demise, it is that values of cooperation and unity are not soft skills and fluffy ideals, they are the foundation of our future.

Our oil and gas plan moving forward is clear; take careful consideration of as many oil and gas impacting variables as possible and when all is considered, then and only then, take the best action forward.

Just as it is our duty to ensure we have clean air to breathe on a pristine planet, it is also our duty as a global energy consuming world to ensure it’s availability. They work together.

Holistically, we must leave our people, places and things in better shape than we found them. 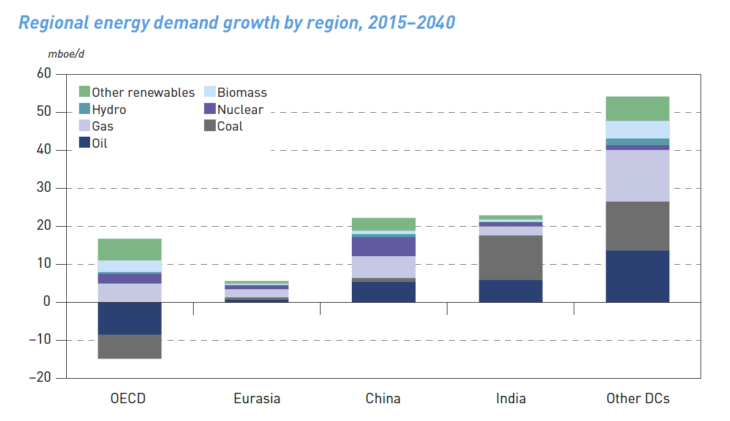 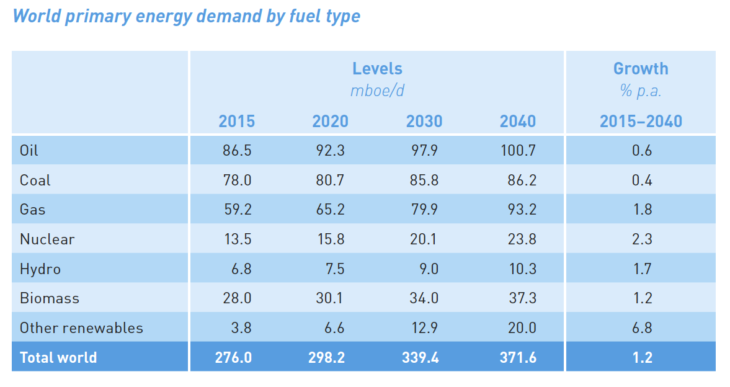 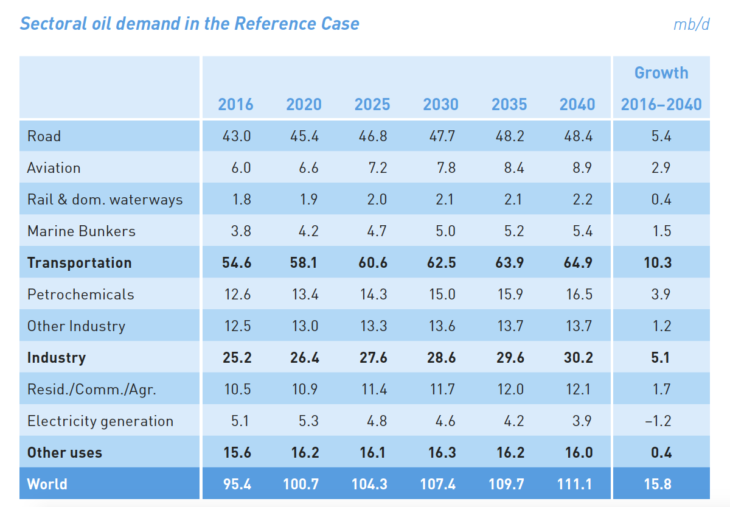