Statoil – Pioneers of Oil Discovery in Offshore Newfoundland and the Arctic

Statoil is a world-class international energy company with operations in over 30 countries. Building on more than 40 years of experience from oil and gas production on the Norwegian continental shelf, Statoil supports the world’s energy needs in a responsible manner, applying technology and creating innovative business solutions with a vision for a sustainable energy future. With over 21,000 employees worldwide, Statoil has become a clear leader in energy exploration and production. Offshore Newfoundland and Statoil’s leadership and transfer of technology into the region has proven to be instrumental in developing the region to its highest potential.

Statoil owns interests in several exploration, development, and production licenses offshore Newfoundland and has an office in the capital city of Newfoundland – St. John’s. The company is also a partner in mega oil projects Hibernia and Terra Nova fields, as well as a partner in developing the Hebron and Hibernia Southern Extension fields.

In the summer of 2013, Statoil and its partner Husky Energy made a massive discovery of oil in the deepwater Flemish Pass Basin. Called Bay du Nord, this was the third –
and largest – of Statoil’s recent discoveries in the area and was estimated at 300 to 600 million barrels of recoverable light crude. Bay du Nord was the largest oil discovery
in the world in 2013, and it was Statoil’s largest discovery since 2010 as well the company’s largest discovery ever outside of Norway. That’s pretty impressive.

The other two plays on the Flemish Pass Basin, called Mizzen and Harpoon, are both expected to yield in the hundreds of millions of barrels. Exploration and appraisal wells are currently being drilled or analyzed in all three locations, all within 10 to 15 miles of each other. The Flemish Pass Basin sits about 300 miles east of St. John’s, Newfoundland, under some 3,600 feet of water. The reservoirs themselves are more than one mile under the seabed.

On December 31st, 2012, the Hebron field development offshore Newfoundland and Labrador in Canada was sanctioned by operator ExxonMobil and its co-venturers. For Statoil, which holds a 9.7 percent share in Hebron, this is a significant component in the growth of the company’s Canada East Coast operations and further strengthens their collaboration
in the region.

Located approximately 350 km offshore Newfoundland in the Jean D’Arc Basin, the Hebron platform will be a concrete Gravity Based Structure (GBS) in 93 meters water depth. The Hebron field is estimated to produce more than 700 million barrels of oil. The platform is being designed for an oil production rate of 150,000 barrels of oil per day.

Atle Aadland, vice president of Offshore Canada, had said that, “Hebron is an important project for Statoil and for Newfoundland and Labrador. It is economically strong, and it will contribute significantly to Statoil’s production for years to come… With our 2013 exploration
drilling program and our participation in the Hebron project, we are excited about the opportunities and potential offshore Newfoundland and Labrador.”

The Hebron project currently contains three discovered fields – the Hebron Field, the West Ben Nevis Field, and the Ben Nevis Field – and incorporates four Significant Discovery Licenses (SDLs) (SDL 1006, SDL 1007, SDL 1009 and SDL 1010). Capital cost for the project is estimated at USD 14 billion. Production is expected to start late 2017. The Hebron GBS is planned to have a production lifetime of 30 to 40 years.

Committed to research and technology, Statoil has teamed up with ArcticNet, a Network of Centres of Excellence of Canada to support developments in cold ocean regions. Statoil Canada, ArcticNet, the Research & Development Corporation of Newfoundland and Labrador (RDC), and Husky Energy will be partnering on a new research and technology development program on board the Canadian research icebreaker CCGS Amundsen offshore Newfoundland and Labrador.

The ArcticNet collaboration will bring together the best expertise in academia and industry to collect scientific data and execute full-scale field testing of key technologies that are critical to understanding offshore and harsh weather environments. With a key focus on performing a safe expedition, this unique project will help improve safety practices related to ice hazard mitigation and provide insight on technology requirements specific to cold ocean regions.

A team of 40 Canadian and international scientists and technical staff from ArcticNet, Statoil, and partner organizations as well as local Newfoundland and Labrador researchers will study meteorological, sea ice, iceberg, and environmental conditions and assess new data collection technologies in the study area north east of Newfoundland and Labrador. ArcticNet sea ice expert Professor David Barber, from the University of Manitoba, will be chief scientist on board the Amundsen during the 18-day expedition. As an independent academic-led network, ArcticNet provides a scientifically-endorsed mechanism that allows the same reliable data to be accessible to all stakeholders, including industry, regulators, communities, government departments, and the public.

This collaboration will promote the flow of best practices between the private sector and academia, allow Statoil to gain further knowledge applicable for their offshore developments, and will permit ArcticNet to expand its data collection efforts, training programs, and technical expertise. This program will build on ArcticNet’s successful industry-research collaborations conducted on board the Amundsen in Hudson Bay and the Canadian Beaufort Sea, and Statoil’s two successful research partnerships offshore northern Greenland using the icebreaker, Oden, in 2012 and 2013. 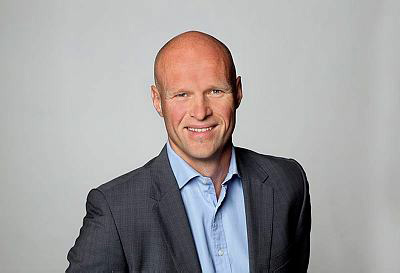