How Much Water Is Used In The Alberta Oil Sands?

It is no secret that to produce any oil from an oil sands project, you need water and lots of it.

To create the steam needed to extract oil in oil sands projects, operators mainly recycle water that has already been used in the project over and over again. When this amount of water isn’t sufficient, fresh or brackish, saline water is obtained from external sources to make up the shortfall. This water can be taken from surface water sources such as rivers or lakes, or from underground sources via water wells.

CanOils now provides data on how much water from external sources is used by producing oil sands in situ and mining projects each year.

Analyzing this data, we can see that over time, operators in the Alberta oil sands have been getting their water usage from external sources increasingly under control. Total external water use by in situ projects in 2013 was more than double the amount used in 2002, but high recycle ratios have meant this external water usage total has been relatively flat since 2010 while bitumen production has continued to rise. 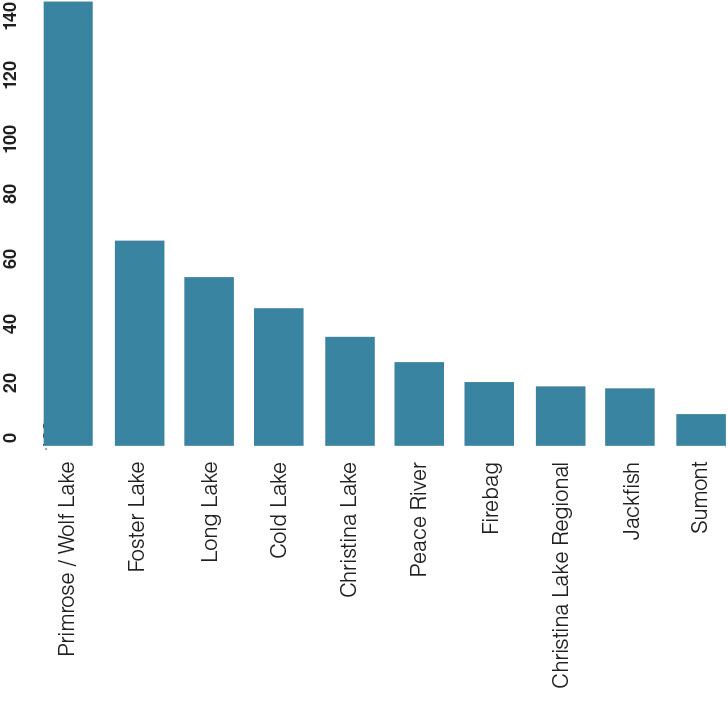 Of the in situ projects that are currently producing, it is Canadian Natural Resources’ Primrose/Wolf Lake project that used the most water from external sources in 2013, approximately 146,000 barrels per day (bbl/d). Cenovus Energy’s Foster Creek (68,000 bbl/d), Nexen’s Long Lake (56,000 bbl/d) and Imperial Oil’s Cold Lake (46,000 bbl/d) were also amongst the highest water using in situ projects in 2013. 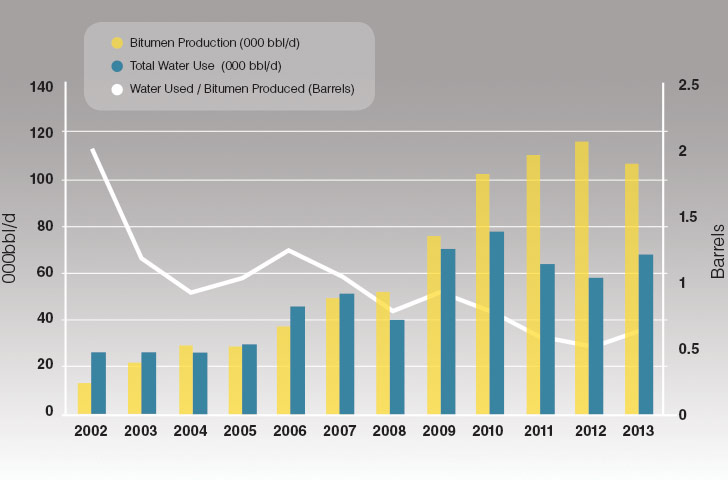 One project that has improved its efficiency in terms of external water use is Cenovus Energy’s 120,000 bbl/d Foster Creek project. In 2002, the project was only 1 year into its producing life, and was using over 2 barrels of water for every barrel of bitumen it produced. Now, 12 years later with a recycle ratio of around 100%, the project only needs to source 0.6 barrels of external water to produce a barrel of bitumen.

An important project to note here is Jackfish, operated by Devon Energy. This project started producing in 2007 and is the only producing oil sands in situ project to have never used fresh water in its operations.

So not only are in situ operators improving the efficiency with which they use water from external sources in bitumen production, they are also becoming less and less reliant on fresh water sources and using more and more brackish water when available, that would not otherwise be suitable for human or agricultural use.