After years of declining oil production, a rediscovery in the prairies has renewed optimism for the abundance of resources available right in our own backyard. The Bakken Formation differs from conventional oil plays in that, until recently, the resource has not been considered economically feasible for production. Technological advances borne out of the necessity to meet the ever-growing energy needs of our world have turned this play into the most significant oil discovery in North America.

After years of declining oil production, a rediscovery in the prairies has renewed optimism for the abundance of resources available right in our own backyard. The Bakken Formation differs from conventional oil plays in that, until recently, the resource has not been considered economically feasible for production. Technological advances borne out of the necessity to meet the ever-growing energy needs of our world have turned this play into the most significant oil discovery in North America. The Bakken Formation is an oil-bearing stratum located over the border of Canada and the United States covering Saskatchewan, Manitoba, Montana, and North Dakota. The formation consists of a lower organic-rich shale, a middle siltstone and sandstone unit, and an overlying organic-rich shale.

While the Bakken play is presently viewed as the most important discovery of crude oil in North American history, the outlook was not always so positive. At the time of its initial discovery in 1951, there was a small amount of oil to be recovered in traditional vertical wells. However, because the oil was locked in impermeable shale, it was not expected to see a great deal of commercial success.

The production potential of the region was revisited over the years. In 1974, it was postulated that the Bakken could indeed be worth further investigation, possibly containing vast amounts of petroleum. In 1995, a U.S. Geological Survey (USGS) led to estimates stating that the Bakken could in fact contain 151 million barrels of oil. The lead researcher, geologist Leigh Price, stated that this knowledge “presents the oil industry with an unparalleled exploration opportunity.”

An independent geologist, Richard Findley, studied the Bakken Formation in detail and uncovered potential in the middle member of the formation that had previously been ignored by the oil industry. Recognizing that further technology would be required to access this resource, he presented the opportunity to utilize hydraulic fracturing (“fracking”) along with horizontal drilling to Lyco Energy Corporation and, later, Halliburton. The first horizontal well in the Bakken, the Burning Tree State well in Montana, began production in 2000 and was the start of the oil boom.

In 2008, the USGS conducted a more comprehensive analysis of the Bakken Formation, and this forecast estimated volumes 25 times greater than those projected in the 1995 study. These new projections, combined with rising oil prices, have motivated companies to explore unconventional formations like the Bakken. Production has increased exponentially since this report, initiating a serious oil boom with far-reaching effects.

According to the National Energy Board, as of 2011, there are 225 million barrels of proved and probable reserves on the Canadian side of the Bakken Formation. Where the Bakken extends into the United Sates, the USGS estimates 3.65 billion barrels of recoverable oil. The USGS is presently working on an updated assessment.

The Bakken Formation is one of many “tight reservoirs” in North America, and indeed around the world, previously thought to be virtually inaccessible, restricted by the low porosity and permeability of the shale. Fortunately, the game has changed over the past ten years with advances in fracturing technology. The success in the Bakken has enormous implications when you consider the scores of hydrocarbon reserves that had for many years been considered unprofitable. Tight oil production has not only become an important new source of energy supply, but has in fact reversed a decline in both Canadian and U.S. crude oil production.

Specialized technology is required in order to access the oil locked in impermeable shale beds; this is what defines the “unconventional” nature of tight oil reservoirs such as the Bakken Formation. Long-reach horizontal drilling combined with multi-stage hydraulic fracturing provides access to the quantities of shale oil that for many years were not thought to be economically viable or even possible to generate.

Hydraulic fracturing involves pumping fracking fluid (containing a proppant: sand or other material) at high pressure down the wellbore until the formation breaks, creating a network of large artificial fractures. The proppant is left in the fissures to “prop” open the cracks, creating a path allowing the oil to flow into the well.

As with any new or prolific technology, issues surrounding the preservation of our environment are always a primary concern. Speaking about hydraulic fracturing, Bill Whitsitt of Devon Energy states that, “… the oil and gas industry is trying to do the right thing, we do care, and we want to be responsible to real concerns,” elaborating that while chemicals are pumped into the ground, the pipes are encased in concrete and steel. Because large amounts of water are required, the industry is trying to reuse wastewater as well as reclaimed land and drill multiple wells out of individual pads. Other trends in creating a more environmentally friendly process include moves to develop “green” additives and salt-tolerant chemicals that will allow greater reuse of flowback and produced water: deep saline aquifers as source water; and development of less water-intensive fluids.

The Boom and Future Potential

The associated benefits of a resource like the Bakken oil fields are widespread. Communities at the center of drilling activity have seen record-low unemployment rates; industry growth and increased population; marked demand for housing, retail, entertainment, and other services; and explosive growth in local banks with investors and developers eager to get a piece of the action. The positive impact on local economies is undeniable. Depressed regions are seeing unparalleled growth and can look ahead to years of prosperity and potential.

The technological advances that have unlocked the tight oil of the Bakken have already been used in other unconventional reservoirs worldwide. This significant “rediscovery” of traditionally inaccessible shale oil has enormous implications the world over, ushering in a new era of drilling technology that is anticipated to keep us in oil for many years to come. 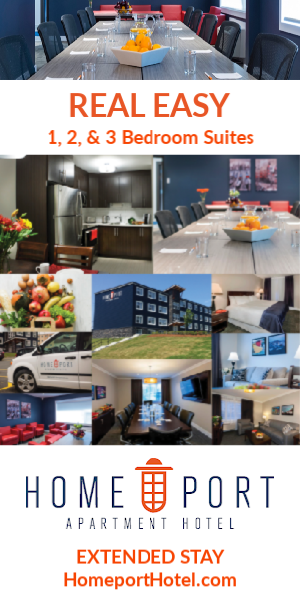