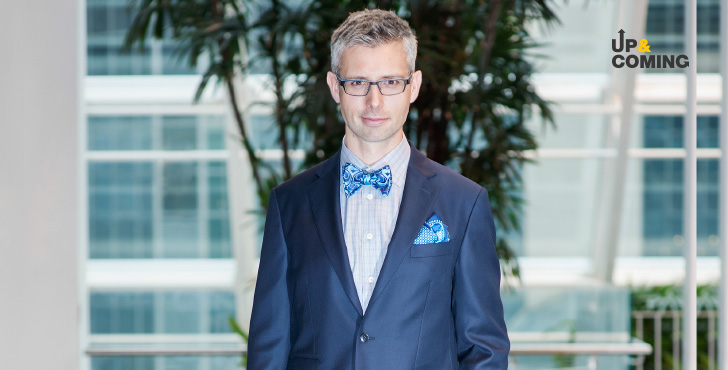 Matthew Kielbasinski is an Ontario boy, who had a two-year plan of living in “the Wild West” when he first arrived in 2008. After coercing his girlfriend to join him in Calgary (since then, he also tricked her into saying “yes”), meeting some great friends, and having some fantastic job opportunities, he’s here to stay.

After graduating with a commerce degree from McMaster University, Matt cut his dreadlocks and traded them in for an ill-fitting, double-breasted suit, joining the investment banking team at Tristone Capital.

After nearly three years of patient mentorship from his talented peers and superiors, he decided to transition into industry, joining the commercial team at Talisman Energy. He spent several years with the company, most recently as Commercial Lead for Poland—Talisman’s first international shale gas exploration project.

Matt is currently the Commercial Lead at Canadian International Oil Corp., a privately owned oil and gas company whose primary asset base is approximately 400,000 acres in the Deep Basin of west-central Alberta.

After leaving the banking world, Matt discovered that he suddenly had time for activities outside of work. He’s channeled this free time into volunteering initiatives and fitness pursuits. Matt has been happily matched as a Big Brother mentor for nearly three years. Additionally, he was the International Sponsorship Director for this year’s WPC Youth Forum in Calgary.

Matt is thankful to have a group of adrenaline junkie friends, who keep his legs sore and adrenaline reserves low, through a combination of running, skiing, and scrambling in the Rockies.

Matthew: I recently learned of an Iroquois ecological concept called “seven-generation sustainability.” It urges the current generation of humans to live sustainably and work for the benefit of the seventh generation into the future (~200 years). This definition resonated with me—and goes against the grain of traditional capital-markets-driven thinking of “chasing the next quarter” at all costs.

Matthew: I have been fortunate to have had the opportunity to work with many individuals, who have provided me with informal mentorship and direction throughout my career (some of them without even knowing it!). Each of them left a mark on me and has helped me to continually refine my values and ambitions.

Matthew: Personal: health, (mutual) happiness with my relationship, family, closest friends, [and having] a large assortment of corny jokes.

Overall: time to engage in sports, pick up new hobbies, and nurture eccentricities.

Matthew: One thing that the industry tends to undersell itself on is the ability to provide you with a truly global work experience early on in your career. I’ve got friends living in London, Sydney, Kuala Lumpur, and Houston at the moment—all of them started their careers in Calgary and are in their mid-to-late twenties.

Matthew:  I never expected that my knowledge of the Polish language would come in handy during my career. One of my roles at Talisman had me evaluating the commercial feasibility of the company’s shale gas exploration project in Poland. Unfortunately, I never grew up learning words such as “permeability” and “drill bit” from Mom and Dad, so it was still a bit of a learning curve!

Matthew: I’ve worked in two separate organizations where the turmoil associated with a company restructuring resulted in morale being quite poor. It became easy to fall into a toxic spiral of sarcasm and negativity. In both instances, I found it necessary to remove myself from those situations (i.e., leave the company)—in hindsight, that was the best decision I could have made.

Matthew: The continuous technical innovation in this industry allows for the engineers and geologists that I work with to keep pushing the limits of what is possible when it comes to extracting hydrocarbons commercially.

Matthew: It’s difficult to predict, given how eclectic the first five years have been. I can only hope for the same degree of challenge, high-quality co-workers, and a boss with a lot of patience and a good sense of humor.

Matthew: My childhood dream was to be a fighter pilot or—worst case scenario—a commercial pilot. My “four eyes” quashed the first dream, and my fear of heights quashed the second. Now, I sit around staring at an Excel spreadsheet for most of my day … In all seriousness: I grew up in southern Ontario and had no idea what a BOE was until I moved to Calgary—The team at Tristone took a (large) gamble on me and the rest is history—for that I am very thankful.

Matthew: The combination of scale and technical complexity—though my niche has been finance/economics—I’m learning something new every day about the complexities of extracting hydrocarbons from the ground. Energy is ubiquitous, and THE key component of our modern way of life, for that reason, job security, and breadth of career opportunities should be ample.

Matthew: I try to avoid living my life emulating someone else’s. My dad once gave me some great advice: the role of a parent is to try and guide their child in such a way where the child doesn’t have to repeat the same mistakes that the parent made. Think of how much less painful life would be if you simply learned from the mistakes of those around you, instead of having to make them yourself … Unfortunately for me, I’ve been generally unsuccessful in living out this advice.

Matthew: It’s an enabler. It’s the fuel that allows us to live, play, work, do.

Matthew: That would be 8tracks. Great playlists for any mood and occasion. Particularly good selection of 80s hair metal.

Matthew: From a business standpoint, some companies are probably learning the importance of proactive social media strategy—especially when a potentially polarizing issue is concerned.

Matthew: Facebook for a few minutes each morning to see what shenanigans friends are up to. I’ve been a late-comer to the Twitter party, and am still trying to figure that one out.

Matthew: There is no substitute for face-to-face interaction. That being said, technology has enabled far quicker and much more thorough screening of job candidates than traditional methods.

Matthew: Every day is a challenge, and there’s a fair amount of “good” stress that keeps me motivated and fulfilled. I work with a very technical team that continues to be generous with its time and high on patience when the finance guy asks silly questions. As a result, I’ve been able to pick up a great deal of technical understanding over a short period of time (the main reason I left the banking world and entered industry).

Spread the word about Matthew Kielbasinski!