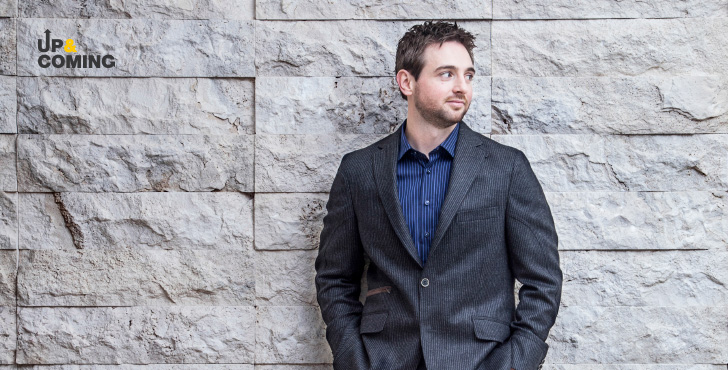 Joel Fulford hails from St. John’s, Newfoundland, the oldest city in North America. Joel is often found in the hockey rink playing hockey and coaching or on the baseball diamond, eagerly waiting for his shot at the big leagues. He completed a degree in mechanical engineering at Memorial University and focused his studies on the oil and gas industry. Before joining the Business Development group of WorleyParsons in St. John’s, Joel worked as a mechanical engineer on several other projects spanning the hydrocarbon and mining sectors in Newfoundland and Labrador.

Joel: Sustainability is developing opportunity into long-term success for various parties. It is not just success in one area, such as field life for operators or project construction for labor forces. It is the ability to generate new construction and resource development on the foundation of other successful projects, so that the peaks and valleys are leveled out and extended.

Joel: In my short career, I have had the opportunity to be around a few influential people that have left an impression on me. I have not had one single person that has shaped my character or career path individually, but instead I have been able to apply other people’s strengths and positive traits to help develop my professional character.

Joel: Success is prospering in all facets of your life: in your family life, health-wise, spiritually, and economically. If you’re sacrificing one for the sake of another, such as your health or family life for greater economic gain, then overall you’re not that successful; you’re just skewing the score.

Joel: Safety is the biggest driving force for energy projects and resource development today. Get on board with safety, and if you have not already done so, start developing a safety first mentality that does not differ from the office/field and your home.

Joel:  I would have to say deciding to follow a path into Business Development as opposed to the direct technical role that a lot of engineers follow. It opened my eyes to a career path and opportunities that I was not aware of, and one that has helped me develop valuable skill sets.

Joel: Challenges aren’t as much a negative thing as they are spotting an opportunity for growth. Having the right mindset to spot the opportunity and develop challenges into success has probably been the biggest trial … which is somewhat ironic.

Joel: Indirectly, it has shaped how and where I work, but directly it has been limited. The intangible skills such as communication, work ethic, and attitude are the biggest drivers that impact a career I think. Yes, I use a computer every day and a cell phone, but they are more or less medians to apply my skill set but do not really define it.

Joel: Promising! The economic forecast for Newfoundland is looking great and the quality of work that is slated to be done is world class and very exciting. If you are a young professional in Newfoundland and Labrador, the future is looking bright.

Joel: No, never … left field for the Blue Jays is still my ambition, although some naysayers don’t see it happening.

Joel: I enjoy having a career that gives back and develops Newfoundland and Labrador, so staying part of that continual development is something that I hope to keep up … well, until the Blue Jays call that is.

Joel: Well, for Newfoundland and Labrador and much of Canada for that matter, it is a means of economic growth and prosperity. It can provide a quality of life for people that has not been possible for everyone before. It’s an opportunity, and I hope that it is managed well.

Joel: I usually don’t use many apps to be honest, but I check my status in my hockey pool once a day, using Yahoo … that or the flashlight APP to find things that fall between the car seats.

Joel: Well, I think the Millennial Generation will be the major driving force for policies and regulations that dictate the shape of resource development and the Energy sector. I wouldn’t be surprised if we see a more invested approach in social areas like education, health care, and environment than we are seeing now.

Joel: Honestly, I don’t use social media, and I’m perfectly happy with that. If you are one of the hundreds of millions that do, I’m all right with that, too.

Joel: Again, I do not use social media, despite the taunts and efforts of many. I may or may not get LinkedIn … maybe.

Joel: Negative, but I guess the previous comment about LinkedIn would be appropriate here.

Joel: Great idea! That’s how a lot of people get employment and distinguish themselves from others. There is nothing wrong with communication when it is focused.

Joel: Because it is exciting and dynamic. It allows me to take responsibility for the work that I do and apply my strengths in a way that benefits me and the company. I have the opportunity to develop relationships and new skill sets that are important to my growth as a professional … and I have a nice office too, which helps.

Spread the word about Joel Fulford!