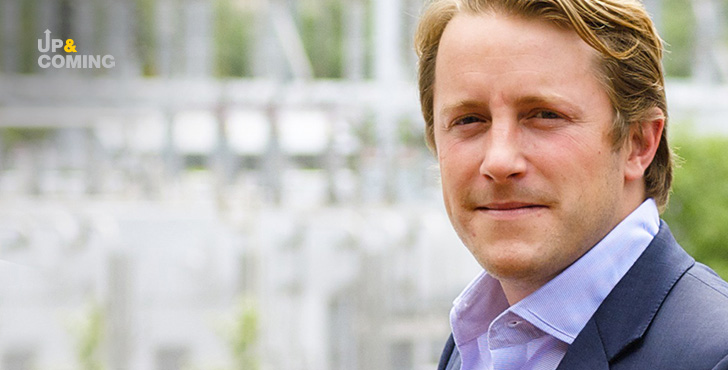 Edward Ogden is a Director of Spencer Ogden Inc. and Co-Head of the Americas region. Ogden along with Jon Macaulay, spearheaded the Spencer Ogden Houston office opening and continues overseeing the growth of Spencer Ogden, Inc. in North and South America including rollout of new offices in Calgary, New York, San Francisco and Rio de Janeiro.

Early in his career, Ogden served as a consultant for international staffing specialists, the Huntress Group, where he met Jon Macaulay and Spencer Ogden CEO and Co-Founder David Spencer-Percival. He then took a position developing alumni relations for the Ogden Trust, which pledges more than $1.6 million a year to support bright children from low-income backgrounds

Having been part of the Spencer Ogden team since its launch in January 2010, Ogden has extensive training and experience within each sector of the energy market, representing energy professionals at all levels and recruits for clients internationally within oil and gas, power generation, nuclear, renewable, smart energy, finance and trading.

Ogden graduated with honors from the University of Durham and currently serves as an Ogden Trust Trustee.

Edward: Living within our means and driving economies that are based on enduring qualities rather than short term rewards. We need to make sure that we build a blend of energy output so that we have various fuel options for years to come.

Edward: Not exactly a mentor, but people who have the ambition that you want to associate with and follow.

Edward: Many things but fundamentally, recognition is the number one indicator of success.

Edward: Get an engineering degree.

Edward: Relocating to Houston (not knowing a single person) in order to incorporate and build out Spencer Ogden, Inc. into the Americas.

Edward: In my opinion, it improves it. Specifically for us in the recruitment industry, social networking sites such as LinkedIn help us as well as cloud information storing.

Edward: Steadily trying to build the Americas region of our office, which should grow to more than 200 staff in our Houston, Calgary,  New York, San Francisco, Denver and Rio de Janiero offices.

Edward: Honestly it was something I fell into. The vehicle was always recruitment however our CEO saw a gap in the market to build a one-stop shop for energy companies to use.

Edward: The understanding and the development of the industry is endless. We cannot operate without it, so it’s a great space to be in.

Edward: Big question, but I feel it will be Energy management. Most likely that the next generation will impose changes on how we store and use energy. This will allow less waste and cheaper prices for consumers.

Edward: Yes LinkedIn as well as Twitter for certain announcements.

Edward: It’s an important development in how people can represent themselves in the job market. Job seekers and employees have millions of resumes at their fingertips on LinkedIn if people market themselves correctly.

Edward: There’s a destination I am trying to get to.

Spread the word about Edward Ogden!