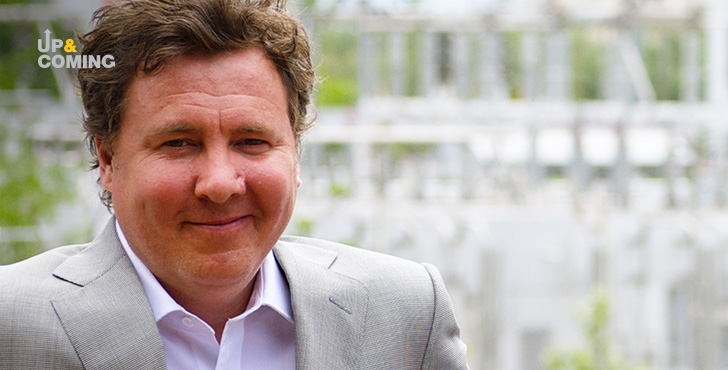 David’s recruitment career spans over 15 years and involved working internationally with global companies providing recruitment services. David was a founder of recruitment giant Huntress Group where he was a group Board Director and managed the technology division as well as developing the now coveted graduate academy. When Huntress Group was sold for £52 million in 2007 to Nomura private equity it was one of the leading, award winning recruitment businesses in the UK with 500 staff and 27 offices.

David: Corporate sustainability means thinking about your energy usage in an efficient way and using materials in your office that can be either reclaimed or reusable. Also, try not to use plastics or non-reusable materials and always be conscience of the environment.

David: No, but I have had lots of inspirational people around me, including Sir Peter Ogden.

David: Building something from nothing is my testament to success. Building a quality company from scratch.

David: Concentrate on one technical aspect and work as hard to succeed in that particular part of the energy business.

David: The sale of my first company (Huntress Group) to Nomura Bank for $104 million dollars.

David: Working in a highly political environment whilst building a business.

David: A huge impact as I worked for 10 years within the technology world. More recently the advancements in iCloud and social marketing have been tremendous for recruiting.

David: Continued global expansion of the business at a very high growth rate.

David: No, I became interested after finishing in technology. Now I am very interested in the future of energy.

David: Energy has an interesting decade ahead given the changing mix of energy type and the huge growth in energy usage, which makes it exciting.

David: They will be using technology to improve energy extraction and consumption.

David: I think social media is advantageous because you can connect to lots of people around the world. However, the disadvantages of social media are that people do not communicate in a way that people used to face-to-face.

David: I think it is a good thing as it is positive for candidates and clients, but it has its downsides because it opens up headhunting to everybody.

David: Because I am creating opportunity for young people.

Spread the word about David Spencer-Percival!