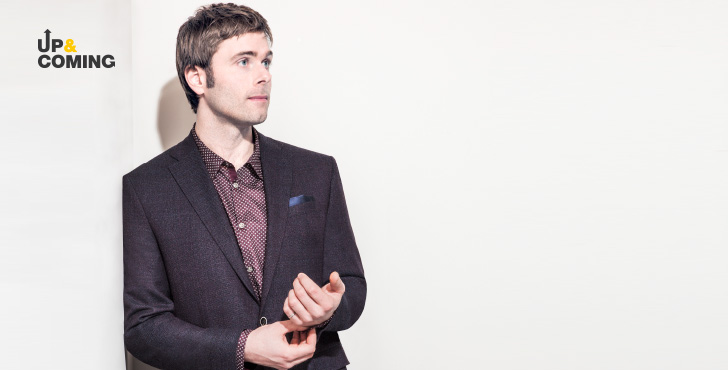 Founder and CEO, Beyond Consulting Inc.

Adam Gobi was born and raised in Newfoundland, venturing off the island to obtain Bachelor’s and Master’s degrees in Electrical and Computer Engineering. With a strong inclination to return home, he took on an Ocean Engineering PhD at Memorial, focusing on underwater robotics and machine vision technology for ocean environmental monitoring applications. The work led him to Australia, where he ended up taking a hiatus from the doctorate to join a small team of engineers building the manned submersible that would become known as Deepsea Challenger. Adam took the lead on DSC’s cameras and imaging systems, enabling the vehicle to capture groundbreaking imagery of the deepest places on Earth.

After the DSC expedition, Adam made his way back home. He created a new company, Go Beyond Consulting Inc., and established an R&D facility that provides contracting services for the development of advanced subsea imaging solutions. The company also has its own active R&D program, to pursue a project that combines Adam’s PhD work with the work he did for Deepsea Challenger. The project is called iSEA (independent submersible environment analysis), which is an automated marine environmental monitoring system that incorporates advanced subsea vehicle, camera, and other sensor technology to assess and monitor marine ecosystems. It’s purpose is to help protect the world’s oceans.

Adam: A habitable earth for my future grandchildren.

Adam: I try to soak up as much knowledge as I can in the many disciplines I am interested in, and in that way, I’ve had many mentors.

Adam: If you’re starting a company, have clear goals and a whole lot of determination. You’ll be the smallest fish in a really large pond.

Adam:  Perhaps the most significant milestone was what I accomplished as one of the lead engineers on the DSC project. We built the world’s most advanced submarine, one that can go deeper than any other sub on the planet, and then took it to places no one has ever been before. We captured imagery that led to the discovery of 68 new species. Much of that footage will be in the upcoming 3D feature film, which is sure to inspire a whole new generation of ocean explorers, engineers, and scientists.

Adam: See 6. Not surprisingly, the most significant milestone in my career was also based around the most challenging project. The leader and visionary for the Deepsea Challenge project was James Cameron, an accomplished explorer who is known to drive his engineers to accomplish incredible feats on extremely compressed timelines. During a project like that, working endless 18-hour days, on land and at sea, to make it all work, you learn what you’re made of. If you manage to survive it, you know that you’re innately capable of taking on any challenge your career might throw at you.

Adam: Technology is my career. It has always been based upon developing pioneering technology to achieve what was previously unachievable.

Adam: In five years, I hope to see a fleet of underwater vehicles outfitted with iSEA technology, dedicated to ocean exploration and protection.

Adam: I live by the example of my parents, who have showed me the value of balance in hard work and a happy home.

Adam: Prosperity for Newfoundland and Labrador.

Adam: I suppose it is a natural evolution of a global society that through the Internet is better connected than ever before.

Adam: E-mail. I have LinkedIn and Facebook accounts, but I don’t use them daily.

Adam: It’s not really applicable for my work, at least at this stage.

Adam: Not something I’m currently using, but I can see the potential benefits.

Adam: Because it gives me a sense of purpose and fulfillment.

Spread the word about Adam Gobi!