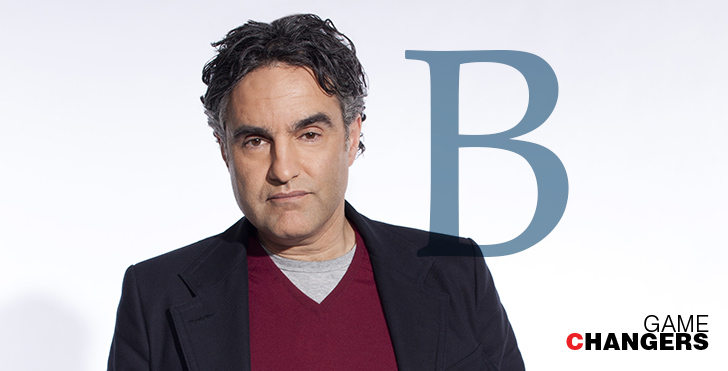 On the CBC show Dragons’ Den, Bruce Croxon was the entrepreneur who built a multimillion-dollar company in the digital space.

The Lavalife co-founder sat among fellow venture capitalists and evaluated the business ideas of Canadians eager for investment.

More than 25 years ago, Croxon was that eager young entrepreneur, taking a chance on a dating service business model that would eventually explode in popularity.

Lavalife started as Telepersonals in 1988, a phone classifieds for singles meant to replace ads at the back of newspapers. It morphed into Lavalife, a stunningly popular online dating service that spawned dozens of copycat websites.

“We realized the internet was going to be big and we wanted to adapt to the way people wanted to communicate,” Croxon said.

With more than two million users, Croxon led the sale of Lavalife in 2004 for $180 million. He now runs Round13, a company dedicated to investing in growth stage digital companies.

“You’ve got to get out of bed and keep grinding even when things aren’t going your way,” he said. “Things move in cycles and you need to realize that neither the highs nor the lows are permanent.”

“As entrepreneurs, we can be enamored with the next shiny object, but you need to block out distractions and focus on two or three key objectives.”

This past season of Dragons’ Den was Croxon’s last, but he’s working on developing a fund for Canadian digital entrepreneurs who can’t get funding at an advanced level.

“The fund will be a combination of my own capital and that of a group of successful tech entrepreneurs and hopefully that of some Canadian corporations and institutions,” he said.

“We are really trying to address the funding gap created when companies have started to prove a concept and they’re looking for $2 to $10 million to scale it. Start-up capital is ironically easier to find in Canada than the larger checks, where the risk of the investment of higher.

Many of these tech entrepreneurs end up in Silicon Valley in an uncomfortable position”, Croxon said.

“The capital sort of dries up at that point and you know some of our best companies are standing in line in Silicon Valley having to answer the first question of, “Well if it’s so good why aren’t you being funded in your own country?” The simple answer is that the capital just isn’t there.”

Croxon said he is particularly impressed by digital companies tapping into excess inventory by making better use of the resources we already have.

“I look at a company like Uber,” he said. “They’ve taken advantage of unused capacity in cabs, which is fantastic for the environment, and we’re getting more out of what we have on the road. These are the companies I’m most optimistic about.”

Croxon said he sees the intersection of technology and the energy sector playing a big role in the next decade of digital opportunities, especially given the looming labour shortage in the oil patch.

“The ability to put IP connectivity across any device is allowing information to be curated and to be gathered without the use of feet on the ground,” he said.

“Instead of sending somebody in a truck to check a leak, if we’re getting information back that tells us there’s a leak, that’s a better use of our time. That would be a small example… there’s opportunities emerging in transportation, and within the oil patch, to make it more efficient and for the first time I’m finding that people in those sectors are starting to pay attention to it.”

It’s a great time to be a consumer, Croxon said, as there’s an overabundance of data to make purchase decisions.

“The next decade I predict will be great for the IT sector in general.”

Croxon lives in Toronto with his family. His two children are under 12, which he says keeps him busy and active. He loves the outdoors, particularly Whistler, B.C., and the opportunity to disconnect from his digital life in the city by surfing, skiing and golfing.

“I’ve got two kids under 12 that keep me pretty motivated to stay fit and healthy and engaged so, I’m probably living more of a balanced life now than I have at any point in my career,” he said.

“I don’t think it’s a recipe for young entrepreneurs’ success. I think you have to be all in and then take your break later, you know? It’s a very tricky topic.”

Bruce will be a keynote speaker at Interzone in March 2015 as well as leading the SubCulture panel which gives 8 of the most disruptive Canadian startups a chance to pitch their ideas to Judges that include Steve Wozniak alongside Bruce.

Spread the word about Bruce Croxon!