People who aren’t courageous enough to change the future, should not interrupt those who are doing it. This is certainly true when it comes to the oil and gas industry that is creating a sustainable energy future and serving world energy demand.

We live in a knowledge-based economy; A place where innovation and digitalization are taking over every aspect of life on earth. It’s a playground for inventors, visionaries and energy pioneers.

These are exciting times because we are creating energy solutions that were not even a dream let alone a reality, just ten short years ago.  It’s a new and sustainable underwater world! Here’s what’s about to come… 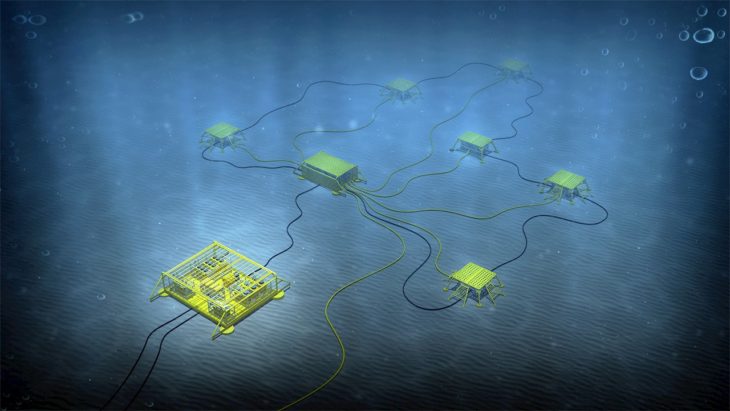 TRUE PIONEERS IMAGINE WHAT “CAN BE”

Having visited the Offshore Technology Conference in Houston, I had the privilege of meeting with and interviewing some of the greatest minds of our time; Pioneering souls who are changing the oil and gas landscape with everything from unmanned rigs, to electrical substations supporting oil and gas production, on the seafloor. Extremely impressive was the work of ABB on subsea power and automation systems that expand oil and gas operations capacity, extend the lifespan of an oil field and reduce costs for oil and gas fields.

They call is subsea to market, where the future of oil and gas is in the entire processing plant under water. In other words, production, separation and storage of oil and gas happens sight unseen, below the surface. It’s mind-boggling.

Distributing electricity in water is almost unthinkable, yet it has been done in such a way that it will revolutionize the way we work and live.  Seven years in the making, ABB, has turned a vision into reality. Svein Vatland, Vice President Subsea Technology Program has made it his life’s work to enable a power distribution station to work on the bottom of the sea. He says, “This technology allows operators to move into deeper waters and enable a cost efficient way of developing these fields, at depths of up to 3000 meters.”

Subsea oil and gas exploration is done in an extremely harsh environment. New technology that goes beyond today’s current capabilities is required. The target of a five-year Joint Industry Project (JIP) being led by ABB and the Norwegian oil company Equinor, was to develop the technology required to seamlessly power tomorrow’s underwater facilities. Together with their partners, ABB and partners have investment of over $100 million dollars to develop this new-age energy generating system. Imagine over 100 MW of power distributed on the ocean floor supporting oil and gas production. That is the future.  A future that has subsea facilities operating on the ocean floor providing electricity to the drilling process, directly at the point of seafloor operations.  A future that means smaller FPSO’s, subsea tieback efficiency, a self monitoring and self testing system with more efficient oil and gas production overall.

Beginning in late-2013, ABB has been developing electrical equipment that can reliably provide power, (equivalent to what is needed to power a small city), subsea at depths down to 3,000 meters over distances up to 600 km, and then to distribute the power to multiple users. 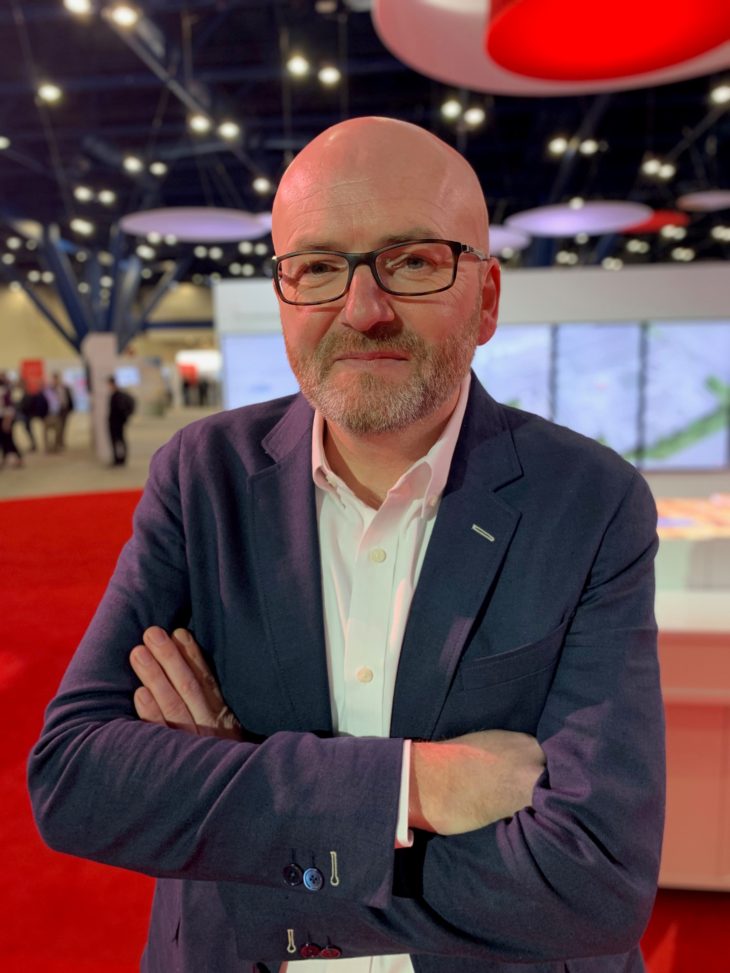 ABB has become a leading supplier of electrification solutions that operate with little to no maintenance in a highly corrosive ocean environment. Their solution they have engineered is appropriately called the Subsea Power Station and  it reminds you of something out of a sci-fi movie, except it’s not on another planet, it’s under the sea.

What does it take to build a power station at sea? You only have to think about the diverse range of challenges that a power station submerged in water has. Imagine a fully functional underwater facility transmitting 100 MW of power up to 600 km’s away from the shore, at depths of 3000 meters, on the ocean floor. It’s the pie in the sky dream that has become a reality!

The ABB team did not waver from the task, they pioneered with a solutions mindset, and that’s what brings dreams into reality. 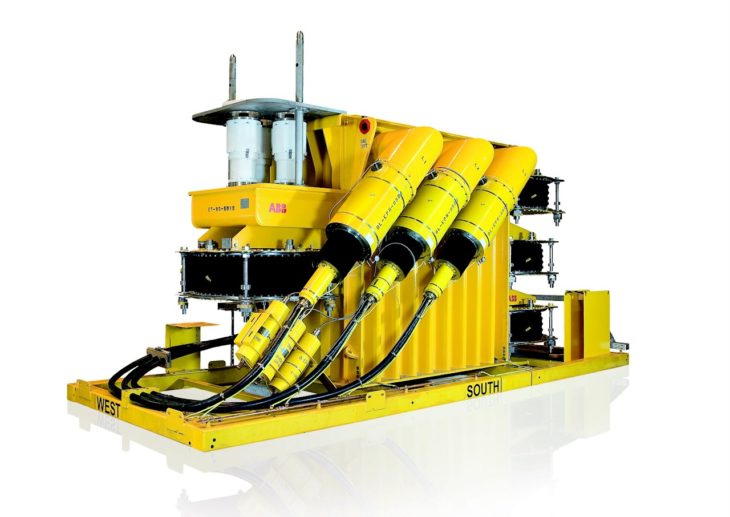 ABB technology built to distribute electricity on the ocean floor.

It takes a tribe to build new power systems on the ocean floor. Seven years of planning, poking, prodding, and testing has been the work of the ABB subsea team, to get this right. And it’s finally here.

From the initial ABB subsea installation in the 1970s to a full subsea station utilized for oil and gas production, it is an uncustomary truth that has arrived right on time.

This work is similar to sending a satellite up in space. Both work in conditions that once the technology is installed, fixing anything is very difficult. This ABB system, will be free of people working and servicing it. It will be fully automated. The premise is safety and efficiency whereby oil platform workers will be relocated to shore-based control rooms reducing risk at sea.

While the technical challenges of this initiative have been beyond imaginable, the payoff will be huge for oil companies of the future. Svein Vatland, Vice President of Subsea Technology Program at ABB and his team have had the privilege of creating the unthinkable and making it real. This project is the bridge to a new energy future. It’s sustainable, and it’s a dream come true.

Where will these subsea factories be placed around the world?  Svein Vatland says, “We are now analizing where our systems will be best utilized. This is a global game and we are looking at all the the various deep water sites around the world that this system will support.”

The ultimate goal is to have a self controlled, fully autonomous system that has no human interaction at all. That’s the future to come…

It’s clear, subsea factories will change the way we live and work. It’s the possibility of underwater distribution of energy that’s not unsightly to our landscapes, but instead silently and efficiently tucked away on the seafloor creating the energy we need on the surface of the earth.  Given that our planet is 70% submerged under water, the new energy producing ‘water world’ is a game changer for us all.