Have you found your ‘New Normal’?

When I was asked to write a guest column for OGM, I admit that I had no clue what I might be able to offer, that would be interesting to readers.

Then I thought about what I’ve experienced the last few years in the oil industry. It’s been a roller coaster for anyone in this business. My ride has been filled with stomach turning bends, drops, rises, and more drops.

I’ve had an exciting career so far, much of it spent in the oil industry. I’ve spent about half of my career with operators and close to half in the oilfield service sector.

Sitting on different sides of the table has helped me understand what drives each party and the assumptions that each side tends to make about the other.

During the 11 years I spent with an operator in eastern Canada, the industry went through two downturns. The first saw a V-shaped recovery play out; a dramatic oil price drop, followed by a quick return. I was in a supply chain management position during that time. In response to this, we embarked on a massive pricing intervention program and invited every vendor we dealt with to come in and offer us discounts to keep doing business with us.

That may sound harsh, but that was what we needed to do as oil price dramatically declined. Costs were out of sync with revenues, and they had to come down. The most straightforward, expedient way to do that was to ask for rate reductions, modify the contracts, and move forward. If prices came down, costs would come down. It worked.

As we all know, the 2008/09 downturn didn’t last very long. Oil prices rebounded within a couple of years, and the industry’s momentum picked up again. Supply and demand forces eventually reset, and things got back to ‘normal’.

Perhaps it’s better to say that things got back to the ‘normal’ we had grown to enjoy before the downturn.

Fast forward to 2014, and we all saw another dramatic drop in oil prices. My employer got back into pricing intervention mode. We issued invites to our suppliers and pricing came back down. But costs were still out of sync with revenues, so we did it again and asked for even deeper discounts. It helped, but it still wasn’t enough. Something else had to give, and frankly, our vendors knew it too.

The constant refrain we heard from vendors was, “Rate reductions will only get you so far this time. You need to change how you do your business.”

A very high percentage (easily over 70%) of an oil company’s value chain is outsourced; when the vendors that make up your value chain are telling you the same thing, over and over again, you should listen, really listen.

After some consideration, we issued surveys to our vendors and employees and asked two very simple questions:

What are the top five things we need to stop doing to save money, increase efficiencies, or create value?

What are the top five things we need to start doing to save money, increase efficiencies, or create value?

BE A PART OF THE SOLUTION

We received several hundred responses from staff and vendors. People wanted to be part of the solution, and nothing was off the table. Everything from the coffee offering at the office, to cutting out software we didn’t use, to whether we had double-sided and black and white as the default settings on our printers was submitted. There were ideas about reducing floor space in our offices, changing how departments worked together, speeding up processes, using new technologies, and innovative ways to handle our boats, helicopters, rigs, etc. We were staring at ideas worth tens of millions in value, likely much more.

But how would we ever get through it all? There were some excellent ideas in the survey responses which needed focus and attention from people from all areas of our business to ensure we understood each idea, its potential impact and whether it had unintended consequences.

So we took about a dozen top performing professionals, from every part of the business unit, and dedicated them, for about five months, to a task force. We reviewed every idea, no matter how simple or complex, or whether one person or a hundred people were needed to implement it. Focus groups took place, and staff, as well as vendors, were consulted.

We categorized the ideas by their degree of ease to implement, and the potential value to the business. High value, easy to implement ideas got first attention, followed by the high value, complex ideas, and then lower value, easy to implement ideas. We had a dedicated communications professional who helped us get the message out, brand the initiative, and solicit more ideas. We called it ‘ReThink – Challenge Convention. Change the Game’. It was a loud and clear rallying cry. And it was heard.

Our primary goal for the task force was to uncover bottom line savings, with every dollar contributing towards keeping the business moving forward. Our secondary goal, though no less important, was to foster an enduring cultural change.

The first goal was easy to measure; the second goal will take some time to see if it sets in, and becomes a ‘new normal’. We disbanded as a full-time group after five months, and you could see we were having an impact on culture, we generated well over our value target, and we fostered a movement throughout the business.

I left the company shortly after we dissolved the task force, to join Crosbie Group, but ReThink continued, and it continued to provide more value to the oil company it served.

Soon after I arrived in my new role at Crosbie Group, I could see there was a need for thinking about things differently and looking for cost saving synergies in this organization as well.

At the time, contracts were being renegotiated, our employees were stressed, pricing intervention schemes radically eroded our margins, and we needed to focus on what we could do to continue to drive more value for our customers, and for ourselves.

I brought the ‘ReThink’ learnings to my new role, and we’ve adopted the same model, on a smaller scale, and branded it as ‘evolve – work. process. culture’.

At Crosbie Group, we are following the same methodology: using surveys, focus groups, goal setting, and communication strategies. We’ve generated well over a hundred ideas, and we are starting to see significant results. We are taking ownership of costs and decisions and defining our ‘new normal’. We are recognizing good ideas and celebrating them as a team. This process allows us to foster a sense of control over our destiny. Being in control of our company success is rewarding and stabilizing, especially in an industry which can give so much, so fast, and then take it all away with even more ferocity.

Today, it appears the industry is turning a corner, as most of us participating in this industry have found a way to operate in a lower oil price environment. Perhaps we won’t see $100 oil again or at least not for a while.

As investors, it would be great to see it again, but as leaders who are invested in building competitive, sustainable businesses, let’s not forget what crept into the system when we had it: a lot of waste and inefficiency. A feeling of entitlement and a shared belief that it wouldn’t end were also consequences of $100 oil.

As oil prices increase, as they will do in what is a cyclical commodity industry, pressure to increase costs will also return. However, we must all guard against above-inflation increases that are just the result of operator-on-operator or vendor-on-vendor competition for goods and services. It will take discipline to ensure we don’t give up our efficiency gains and slip back into our wasteful ways. Efficiency gains should be enduring, and successful companies will be the ones who ensure the gains are not eroded over time.

A cynic would say that we’ll probably forget the hard lessons of the 2014 downturn as prices and morale rebound. My plan is to keep the bottom line top of mind for everyone in our company so that being competitive in any oil price environment remains our ‘normal’.

No forgetting, no excuses. It’s not a set-it and forget-it strategy; it’s one that you walk and talk, every day. That’s our ‘new normal’. 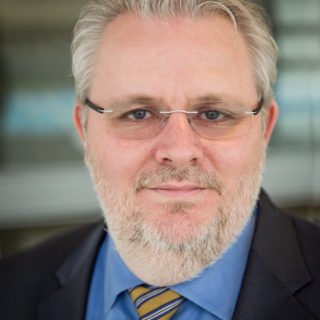