The price of oil impacts the entire world. As the number one commodity on the planet we are subject to oil price volatility. Drastic fluctuations make it a business that requires strategic infrastructure to support it. Recognizing the downfalls in the oil and gas economic cycles countries are focusing more on regionalized energy independence and economic diversification as new sustainable strategies.

In response to oil reliance and low oil prices, Saudi Arabia’s cabinet has approved “Saudi Vision 2030,” the plan that will change the landscape of energy options for the Kingdom over the next 14 years.

The Saudi Vision 2030 plan will re-calibrate its strategy on energy assets after the budget deficit dramatically impacted the country.   Oil accounted for 72% of Saudi’s total revenue in 2015, which made innovative diversification and strategy the new game. The intentions of the plan include privatizations, additional cuts in government subsidies, the sale of part of Saudi Aramco, and the creation of a $2 trillion Sovereign Wealth Fund as well as regulatory, policy and budget changes that will decrease the Kingdom’s dependence on oil.

5% IPO about to happen with Saudi Aramco shares

The rise of The Deputy Crown Prince, who is currently 30 years old, reiterated the kingdom’s plan to sell less than 5% of Saudi Aramco in an initial public offering (IPO). A significant sale given that Saudi Aramco is estimated to be worth $2 trillion.

Given the price of oil, the Saudi government ran a record deficit of $97.9 billion in 2015. Revenues for 2016 are forecast at 514 billion riyals, down from revenues of 608 billion riyals in 2015. Last year’s original budget plan projected 715 billion riyals in revenue and will be significantly lower that projected.

HE Khalid A. Al-Falih, Saudi Aramco chairman of the Board of Directors, addressed the vision: “Saudi Vision 2030 is a pioneering and game-changing plan that will enable sustained economic growth, diversification, and job creation to benefit the Kingdom and its citizens for generations to come. Saudi Aramco will continue its commitment and remain fully engaged as a champion of transformation, ensuring that our significant contributions to the overall social and economic development of Saudi Arabia generate even greater positive impact in the future.”

The Keys to the Kingdom

The Saudi Vision 2030 goals include important strategies that every country should pay attention to:
1. Shifting the reliance on oil to a new sustainable diversified economy
2. Accelerating reforms across key economic sectors
3. Privatization of key industries
4. The creation of a globally competitive small – and medium-sized enterprise sectors
5. Opening the doors for further global investment into the region.

Top oil and gas producing nations like Qatar, Venezuela, Canada, UAE, USA, UK, Norway, Nigeria and others, all have much to gain by adopting some of the progressive strategies that Saudi Arabia is now implementing in this 14-year plan.   Is your country ready?

Amin H. Nasser, President and CEO of Saudi Aramco addressed the super power’s world supply of energy, “We remain committed to maintaining the Kingdom’s position as the world’s top oil exporter and most reliable supplier of energy, while continuing to make strategic investments across the hydrocarbons value chain that will elevate the Kingdom as the global hub for energy.” 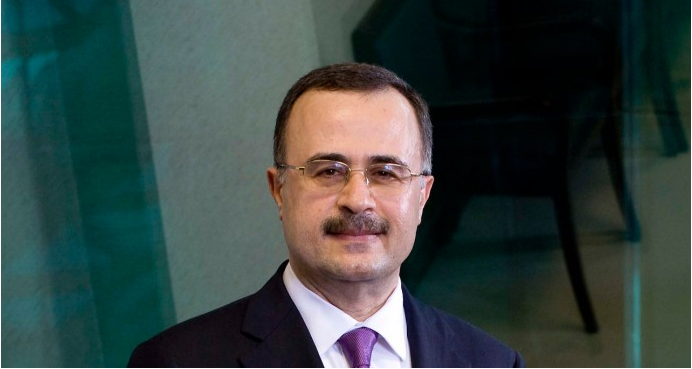 Mohammed Y. Al Qahtani, SVP Upstream of Saudi Aramco, said, “Saudi Arabia is certainly a nation blessed with hydrocarbons, and while the Kingdom’s economy must reduce its over-dependence on oil, our unrivalled oil, and gas assets will help continue to drive the Kingdom’s economic growth, long into the horizon on a sustainable basis. We have the world’s highest quality of reserves and product grade quality, we are the world’s lowest cost producer, and our recovery rates are among the highest in the world. In addition, our upstream research and development are focused on increasing recovery from existing assets and optimizing reservoir management, and increasing oil and gas exploration and discovery, striving to replace 100% of produced oil with new reserves and growing reserves annually. All of these factors are embedded in our strategy to contribute even greater value to the Kingdom’s economy.

Mohammed Y. Al Qahtani added, “As well as supporting our customers through commodities export, strengthening our role as the world’s most reliable energy supplier, Saudi Aramco will continue to support the Kingdom’s domestic energy needs: supporting the shift to gas to drive utilities expansion and improved national energy efficiency; oil to support transport fuel efficiency; and, petrochemicals feedstocks supply to support rapid economic diversification through the growth of SME manufacturing sectors that are reliant on downstream conversion into high-quality consumer products.”

Ahmad A. Al Sa’adi, SVP Technical Services of Saudi Aramco, said, “Saudi Vision 2030 calls for an accelerated and broad diversification of the economy, driven by entrepreneurship, technological innovation, and targeted investment. Saudi Aramco’s In Kingdom Total Value Add localization program is one example of how this vision is being put into practice today by promoting the development of localized energy sector businesses so that the company and the Kingdom benefit from a cost competitive local supply chain and the creation of new high-quality jobs for Saudis. This is a model that I believe can be expanded upon and extended nationally across many industrial sectors to create thousands of new, well-paid and highly skilled jobs that will appeal to our youthful workforce.”

Abdallah I. Al Saadan, SVP Finance, Strategy & Development of Saudi Aramco, addressed the countries economic outlook, “Delivering Saudi Vision 2030 will transform our national economy and reduce the over-dependence on oil. The listing of Saudi Aramco and other privatizations will increase investor confidence in the local stock market and boost foreign direct investment, market stability, and overall growth. This will be good for the country and for Saudi Aramco and its customers, partners, and suppliers.”

Nabeel A. Al-Mansour, General Counsel of Saudi Aramco, explained the outlook for the future, “Saudi Vision 2030 outlines dramatic actions to be taken which will cut bureaucracy and implement wide-ranging transparency and accountability reforms nationally. These steps will make it easier to do business in Saudi Arabia and will, in turn, increase commercial activity, foreign direct investment, and job creation. In addition, the prospect of an initial public offering of Saudi Aramco will elevate the international visibility of our strategic decision-making and accountability practices. This will promote a greater understanding of Saudi Aramco’s business capabilities and increase confidence in our long-term strategic orientation and governance, and thus be a positive development for the Company.”

Saudi Aramco is a futuristic-thinking company that is taking a pro-active approach to sustainable energy. Their vision for the future transforms science fiction into science fact. Beyond barrels of oil Saudi Aramco is harnessing the minds of visionary thinkers.  Imagine fuel efficient cars that capture the carbon that they emit.  Or harnessing nano-technology for advanced operations. Think about crude oil being directly transformed into petrochemicals without refining.  Or turning carbon dioxide into a commodity through polymers. These are the projects of Saudi Aramco that will lead the world into the new energy future.

More about me and how to get in touch!
My last article: The Truth About an Entrepreneur’s Life

Yes, I would appreciate a strategic consult on new business development solutions for my company.

Fill out this request and we will be in touch.  We’ll have a very powerful conversation about new strategic marketing and how it serves business development.  After all, marketing is not marketing unless you sell something!