Oil producers laid hundreds of miles of gathering pipelines to keep pace with Shale Boom across North America from 2009 to 2017. Produced water production has increased exponentially with oil and gas production. U.S. oil and gas wells alone now produce over one trillion gallons per year of produced water, the inadvertent byproduct that must be contained and transported to disposal or reclamation sites1. The everyday use of trucks to carry this dirty water creates its challenges such as cost, safety and traffic congestion. A Barclays report stated, “Reducing transportation costs will inevitably drive investment in pipeline infrastructure for both produced water and freshwater. Although building pipeline infrastructure carries a high upfront capital expenditure, it reduces operating expenses down the line.”

Produced water, like crude oil, is considered hazardous to the environment. It is prudent to consider cost-effective options for leak detection on these pipelines as well as on the crude gathering networks. The December 2016 leak detection study, “PIPELINE LEAK DETECTION – FIELD EVALUATION OF MULTIPLE APPROACHES FOR LIQUIDS GATHERING PIPELINES”, commissioned by the state of North Dakota, and written by the Energy & Environmental Research Center, the University of North Dakota3 states the following:

“Field evaluation results suggest that the addition of CPM to an unpressurized gathering system could provide a 96% reduction in total spill volume when compared to daily flow accounting and would reduce the time to detect to less than 2 hours.”

Such challenges explain why many leak detection methods that work on transmission pipelines may be unsuitable for a gathering system or produced water system. Factors that influence the performance of leak detection technology for these upstream systems include:

Pumps on the wells at inlets of a gathering system frequently start and stop and flow rates change often; there is seldom a steady state as normal operating conditions tend to always be in transient. Some technologies are hard-pressed to cope with transient behaviour and must desensitize to avoid frequent false leak alarms, sometimes to the level where they even mask leaks normally detected during steady state.

This paper explores the ability of the four main leak detection methods to overcome the unique challenges of crude oil gathering networks and produced water pipelines. Fiber optic leak detection was not considered because its high cost is unattractive in this price-sensitive industry, because of the risks in deploying it on existing pipelines, and cannot provide the size of a spill.

Table 2 shows that the only two systems with the ability to successfully detect leaks during transient conditions are the Statistical Corrected Volume Balance system and, to a lesser extent, the Real-time Transient Model (RTTM) system. The Statistical Corrected Volume Balance system can detect leaks under all operating scenarios; shut-in, running, and transient operation. The RTTM system, on the other hand, must raise the minimum detectable leak size threshold during transient operations (virtually all the time in gathering lines) to reduce false leak alarms and may require additional costly instrumentation.

Volume balance can detect leaks on upstream systems if the detection time windows are sufficiently long, however, the North Dakota study found that the speed of detection appeared to be a function of pipeline conditions over the past day, pump operations, and leak size.3 The transient nature of a gathering system and the constant packing and unpacking within the pipeline system make line balance systems unreliable.  Simple line balance systems have far longer detection times for leaks when used with extended scan rates, resulting in significantly larger spills before detection.

NPW systems only need pressure transmitters, but a pressure sensor should bound each branch. Adding this intermediate instrumentation can be difficult as land-owners often oppose access to install the additional pressure sensors and hardware at the intermediate junctions. When there is access to install this hardware, the NPW option can provide very sensitive leak detection and detect leaks faster than the other three systems under review. Recent advances in non-intrusive sensor technology make it easy and cost-effective to add non-intrusive pressure sensors and even flow sensors anywhere along a pipeline (if the land-owner permits access), even in locations that lack power, or communications. There is no longer a need to drill or cut a pipeline at any intermediate position to add instrumentation. High-speed data collection and transmission devices can collect flow, pressure and temperature data and perform the leak analysis locally, so the devices need only transmit the leak alarm and leak location back to the control room in cases where communication bandwidth is limited.

A well maintained RTTM that accurately models the real-life behaviour of a pipeline can provide good leak detection on transportation pipelines.  However, as explained above the nature of produced water and crude oil gathering networks make them impossible to model with reasonable certainty.  The RTTMs cannot accurately model the transient behaviours caused by pumps frequently stopping and starting across the network and must degrade leak detection at such times to avoid frequent false leak alarms.

An RTTM cannot accurately model the continually shifting composition and viscosity of the crude or the produced water rising from the well-pads.  The product compositions frequently change in each well-pad, change from well-pad to well-pad, and from oilfield to oilfield. The time taken to model additional pipeline sections as new wells come online makes it difficult to have an effective RTTM-based leak detection system.  Furthermore, an RTTM requires accurate product temperature and density readings from the field, and these are seldom available.

The statistical corrected volume balance system can achieve good reliability and sensitivity even with the existing instrumentation of limited accuracy if the meters are repeatable, avoiding the high capital investment to upgrade instrumentation accurate enough to support an RTTM.

The statistical volume balance system proved itself again when installing on a produced water network with multiple injections in Canadian winter conditions.  It detected a leak at a well-pad in the first quarter of 2018 and located the leak with sufficient accuracy to allowed the producer to quickly minimize the damage. It would have been difficult to detect this produced water leak visually because of snow cover and the produced water freezing soon after spilling out.

Based on the instrumentation requirements, infrastructure needed to support the CPM scan rate, transient functionality, and high tolerance of composition change, the Statistical Corrected Volume Balance (SCVB) technology is the most suitable for gathering systems.  Cases 1 and 2 below are two of many examples of the successful applications of the statistical corrected volume balance technology on upstream pipeline networks.

The first case shows a crude oil gathering system in Texas, which has maintained the SCVB LDS successfully for several years.  The SCVB was first implemented onto the gathering system with 20 inlet stations.  Since then the gathering network has expanded to over 80 wells as shown in Figure 1. 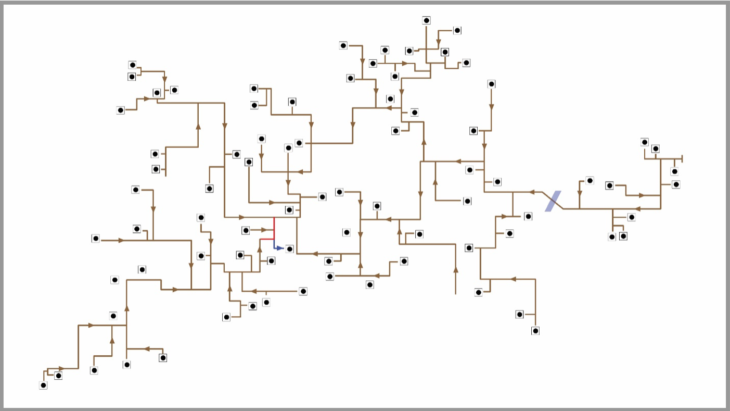 Figure 1: Gathering system following 2 years of expansion from 20 to over 80 well-pads

The initial SCVB LDS was installed with a 1% minimum detectable leak size sensitivity and maintained the same sensitivity as the network grew with complexity. The operators regularly test the system with physical product withdrawals and simulated leak tests to verify the system’s performance on the continually expanding gathering network.

The second case is an example of the statistically corrected volume balance leak detection system installed on a large produced water gathering system in Texas. Figure 2 shows only a section of the entire gathering system. This gathering system has multiple sectionalizing flow meters to segment the network into separate hydraulic sections. The separation allows the client to optimize the performance of the leak detection system in each segment and maintain sensitivity as the produced water network expands unceasingly. 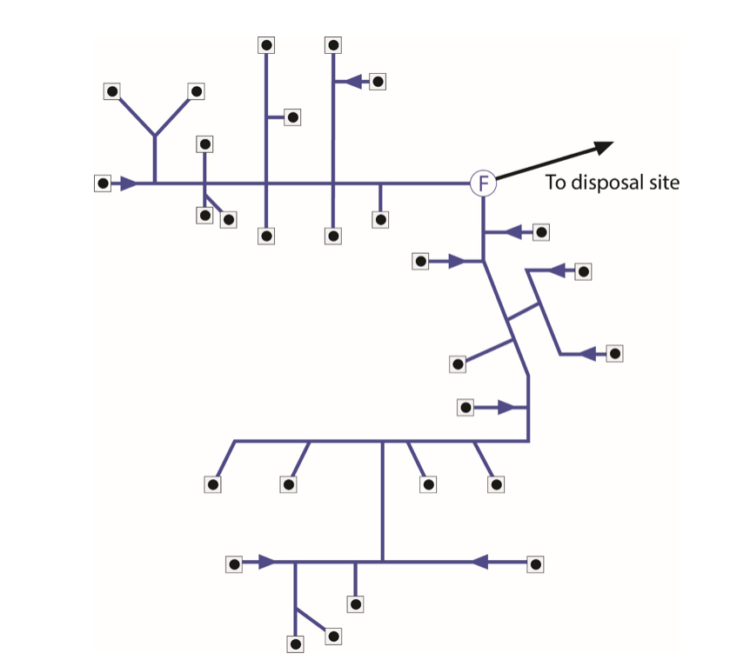 Oil and gas producers continue to add crude gathering and produced water pipelines in this shale-driven renaissance of North American energy production. With a rising demand for nimble, efficient and cost-effective pipeline leak detection, the statistical corrected volume balance technology has proven to be the most suitable and reliable leak detection technology for gathering systems. Field deployments show the SCVB LDS functions well with minimum instrumentation and slow data scan rates. Independent, third-party trials have proven that this cost-effective system detects and locates leaks during transient operations, and easily tolerates changes in product composition. This system continues to prove itself in the production fields, detecting real leaks quickly.

1. Reed, B. (2017, February 25). These Facts Suggest That Water “Commoditization” and a Water Price Index Is The Future Of Upstream Energy Water Management Cost Reduction. Retrieved from http://www.buzzle.comhttps://www.sourcewater.com/blog/water-commoditization/