Earlier this summer the Skandi Vinland was welcomed into the St. John’s port as Husky Energy’s latest vessel to work offshore Newfoundland.  DOF Subsea Canada held a welcome ceremony to celebrate the arrival of the new build vessel Skandi Vinland. The vessel was designed and built at the Vard Langsten shipyard in Norway, and arrived in St. John’s to support offshore operations under ten-year contract with Husky Energy. The Skandi Vinland has been contracted for long-term operations involving Installation, Maintenance and Repair under DOF Subsea to support the White Rose field, 350 kilometres offshore Newfoundland. 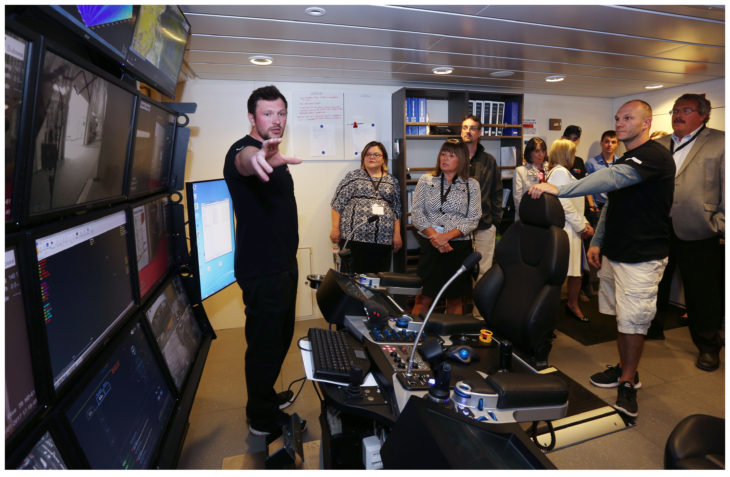 General Manager Kir Stead welcomed guests for the official celebration and said, “I have been in this business a long time and 10-year contracts do not come along very often. For DOF Canada and indeed the entire DOF Group this is a key opportunity and we are thankful to Husky Energy. The Skandi Vinland is also designed to be very environmentally friendly thanks to its diesel electric propulsion systems. It will burn far less fuel than vessels with traditional systems. So in certain situations, you may not need a lot of power and the ship will then automatically shut down some engines thereby greatly reducing fuel consumption and emissions. This is great for the environment but also represents a big cost savings.” 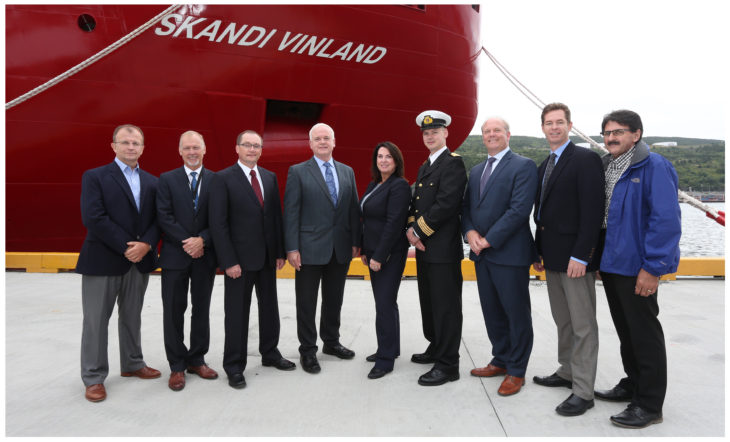 Peter Lemessurier, Manager of Subsea Operations with Husky Energy said, “There is currently more than 100 kilometers of flexible flow line at the White Rose field and satellite extensions, so subsea support is very important to us. The Skandi Vinland represents the next phase of our operations and will extend the operating envelope for ROV activities. 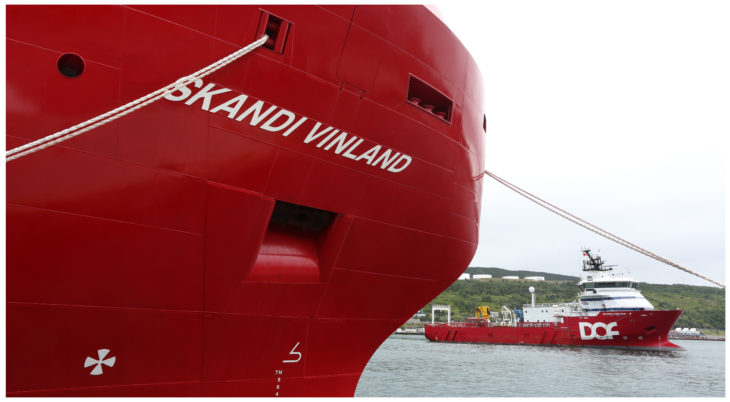 The Skandi Vinland is specially designed and equipped for subsea operation duties with a high focus on good sea-keeping abilities, excellent station keeping performance and low fuel consumption. The vessel will have a primary role as a Light Intervention Vessel (LIV) supporting subsea intervention and installation activities with a secondary role as a Safety standby/Re-Supply vessel.The vessel is environmental friendly with a focus on low fuel consumption in accordance with and precautions equivalent to DNV-GL`s CLEAN DESIGN requirements. 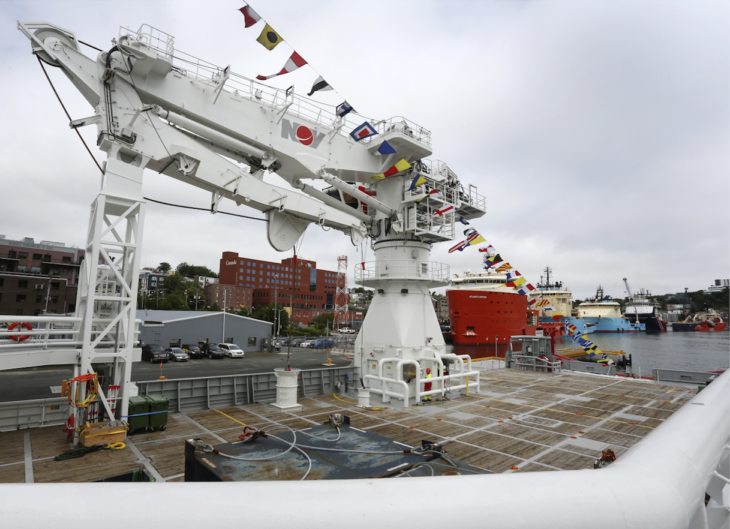