Baker Hughes, a global leader in water and oil technologies, has commercially unveiled its TRETOLITE SNAP fluids separation technology. The inspiration behind the development of new technology was to help oil and gas operators to actively help with lowering costs and stable production levels while not compromising on the dry oil and the water quality. On the chemical front, technologies like water clarification and demulsification are also employed, leading to an increased in performance in a wide variety of fields. These include several conventional and unconventional ones like Steam Assisted Gravity Drainage (SAGD), both on and offshore yielding a much higher profit.

best gaming mouse
SAGD works on the principle of fluid separation. This is because the whole operation is based on the recovered clean water being clean enough to be used in the thermal recovery process. This water is then used to heat the heavy oil in the well via the steam produced, injected directly. Due to low conversion rates and lower efficiency, the operators are forced to compromise on the profit to maintain the quality of the final products. TRETOLITE SNAP technologies were developed to specifically combat these factors. The technology helps to minimise the Oil in Water (OIW) levels considerably, thus lowering the heat exchange fouling and the expense of cleaning the equipment, helping improve the water quality in the process. The new processes also have a significant overhead cost reduction by decreasing the amount of Basic Sediment and Water (BS&W) content in the oil since they lead to lower recycling and slop oil trucking. Moreover, the new TRETOLITE SNAP technologies also provide a better throughput capacity and higher production levels with a better oil/water interface.

Lower profit levels are a factor in oil facilities both onshore and offshore where strict regulatory policies are implemented. This factor affects both conventional and unconventional methods and is most apparent in maintaining the oil quality and water disposal facilities. TRETOLITE SNAP technologies help in controlling the BS&W levels and the OIW levels with a higher efficiency, thus guaranteeing a much better profitability while operating within the regulatory framework. A tighter oil/water interface compared to conventional methods also helps with improving the oil and water separation by decreasing the slop oil production.

Vice President of Chemical and Industrial Services for Baker Hughes, Melissa Law went on to say, “TRETOLITE SNAP technologies have proven to deliver improved performance to meet and exceed our customers’ KPIs at lower operating costs, resulting in additional value and savings for their overall operations. With more than 100 years in the fluids separation business, Baker Hughes leverages global knowledge and understanding of the synergistic effects of demulsifiers and water clarifiers to deliver targeted solutions for each operator’s specific operational needs”. 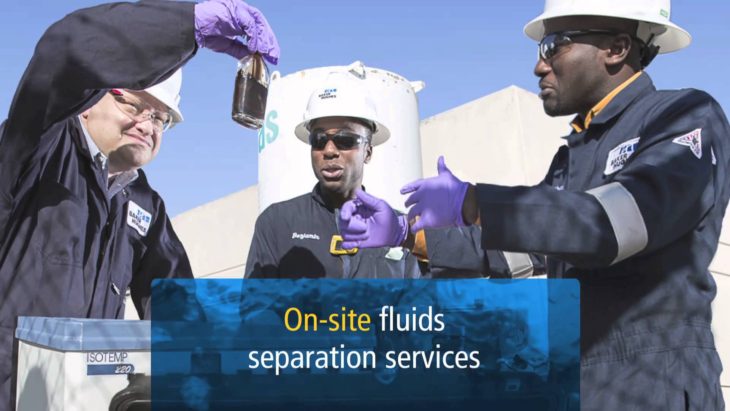 A recent on-field use of the TRETOLITE SNAP technologies was demonstrated at Canada. An SAGD producer was shown to have heat exchanger fouling problems which resulted in the profit levels decreasing below operable margins. Baker Hughes stepped up to the challenge, with an application of the TRETOLITE SNAP water clarification treatment program, which resulted in the necessary profit levels being exceeded. This was a result of a 58% reduction in the OIW at the free water knockout and the BS&W levels in the treater by 53%. Besides these, other associated costs like the off-spec recycling stream, skim and slop oil costs were also seen to be significantly reduced. Not only that, the initial cause of the problem, heat exchanger fouling, was observed to have completely been eliminated with the implementation of the TRETOLITE SNAP technologies. Overall, the operator estimated a profit of around $3.8 million annually with the switch to this program.

Baker Hughes is a worldwide provider of industrial solutions to leading problems in the world of oil and natural gas industry for more than a century. The company was founded officially in 1987 with the merger of Hughes Tool Company and Baker International; each founded over a century ago when Howard Hughes and RC Baker had revolutionary ideas far ahead of their times. Their services, technologies, systems and products at present are used by a wide range of clients in the Asia-Pacific, North America, South America, Africa, Latin America, Saudi Arabia, Europe/Russia and the Middle East. With branches in over 80 countries at present, they employ over 34,000 people proficient in a range of oil-related services. These include evaluation, production, transporting, drilling and processing of hydrocarbon resources, to name a few.

Would you appreciate knowing more about Baker Hughes?