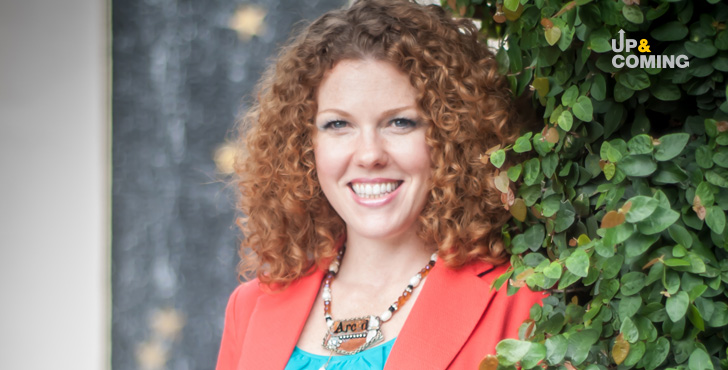 Tania is a native Houstonian, born to English parents who found their way to Houston during the oil boom of the 1970s. Tania’s mother had travelled the world as a stewardess for Pan Am during the airline’s heyday; and her father blazed a similar trail working for Aston Martin, where he promoted the legendary car for the James Bond series. Growing up in a world of travel and her parents’ involvement with various charities and international dignitaries, Tania picked up a knack for dreaming big and building relationships with just about anyone.

After graduating from Loyola Marymount University in Los Angeles, CA, with a degree in International Business and a year studying abroad in Europe, Tania went back to her roots in Houston and started learning the energy business at a pipeline services company called Energy Maintenance Services (EMS). She managed the organization’s marketing strategies during the acquisition of 25 companies into the corporate brand. Tania has always had a deep love for all things fashion, and that interest attracted her to an opportunity to introduce and market a high-end Brazilian accessories brand, LENNY e CIA, during its launch into the U.S. market. The experience gave her new skills in PR, media relations, and business development; and a few years later, Tania found herself back in the energy space, with an exciting opportunity to combine her previous experience and newfound skillset into practice as Director of Marketing for ENSYTE Energy Software Int’l, a leading provider of integrated natural gas software solutions. Today, she spends her days reaching out to natural gas utilities and pipelines to market the GASTAR product, and her evenings running after a two year-old powerhouse named Lauren Sophia.

Tania: To me, it means putting the focus on what I’m doing in my own life to contribute to the sustainability of our earth – living within my means, pushing myself towards holistic health and a natural diet, using cloth bags at the grocery store, the little things. It’s essential to have the discussion about sustainability from a world view, but it starts with each one of us – our daily habits, the messages we teach our children, and the appreciation and enjoyment of nature. Reducing negative human impact means improving positive human impact, in every sense.

Tania: I have had so many amazing mentors and people that have guided me and continue to guide me in my life and career. I was taught to seek out the people who ‘have what I want’ and ask them how they got there. It has always amazed me how the right mentor appears for the right situation or challenge, and I find great fulfillment in paying that forward.

Tania: Accomplishing goals, overcoming obstacles, thinking and living outside of the box, being of service, being respected, and pushing the boundaries of what I believe is possible.

Tania: Come up with two or three areas within the industry that sound appealing to you, seek out people who are already working in those areas to hear what it’s like, and get involved in an energy networking group that is a good fit for you.

Tania: Getting stuck in a position I knew wasn’t going anywhere.

Tania: The need for technology drives our business. Our clients want streamlined systems that integrate their business processes into one central solution and only technology can satisfy that need. The desire to automate is only growing, which means tons of opportunity.

Tania: Exciting opportunities, more signed contracts, international expansion and travel, getting into the C-suite, and paying it all forward.

Tania: Absolutely not – my dream was to own nightclubs in London and Amsterdam, but now that I’m in it, I think it’s a great fit for me.

Tania: The people for one thing – I’m always amazed at the friendliness and openness I encounter across the board – from the field guys I worked with marketing pipeline services to the executives who take my cold calls and listen to my software pitch. I’ve become part of an incredible group of women, called the Women’s Energy Network, and their work to nurture and inspire female talent also drives me to stay a part of it.

Tania: My stepfather is probably at the top of the list. He strikes a great balance between a management style that is laid back in nature and a vision that drives each employee to perform at their best. He has taught me how to step into my power in many different ways throughout my career – from negotiating salary to dealing with a difficult boss. My favourite quote, so far: “You don’t just have a seat at the table – You own the table.”

Tania: Energy is such a great word because it has so many meanings on so many levels. Energy is what drives us, what fuels us, what motivates us – environmentally, physically, spiritually, and industrially. It’s everything we consume and everything we produce at the same time. The hope is that we do more of the latter.

Tania: My hope is that the Millennial Generation will uncover new sources of Energy that nurture our planet rather than depleting it. The movement is already started, and the consciousness is there so I believe it’s a natural progression. The Millennials also teach us to think outside of the box and work in a way that focuses on innovation and collaboration, not necessarily structure and schedules.

Tania: My take on Social Media is that we’ve probably just barely scratched the surface of it!

Tania: Yes, I use LinkedIn almost every day for business development and networking.

Tania: I think Social Recruiting, like Social Media, is probably still in its infancy and will only grow.

Tania: I love what I do because I get to be involved in so many different aspects of business. One day I’m recruiting, and the next I’m on the phone calling up prospects or scheduling demos. I get to write, I get to be creative, and I get to work with people. I particularly love the process of getting to know our prospects and proposing a solution that can solve some of their big challenges. I am lucky to work in a space where there is such a great need for the type of product we offer.

Spread the word about Tania Demeris!