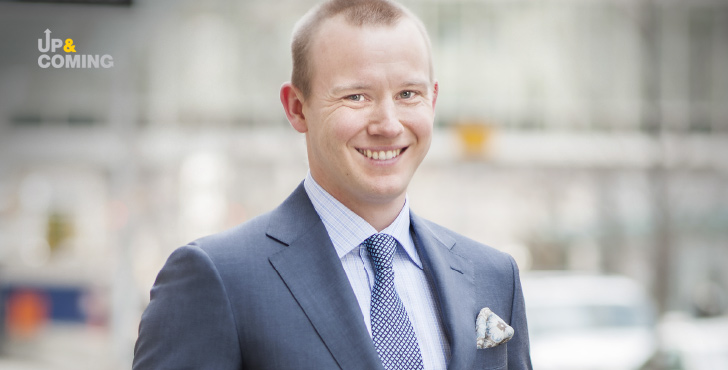 In 2012 Rob Pitcairn relocated to Calgary to pursue a business development career in Enbridge’s Alternative and Emerging Technology group.  The Alternative and Eme­­rging Technology group looks for investment opportunities that either: offer new growth platforms for Enbridge’s Energy infrastructure business, or the ability to improve operational performance of Enbridge’s existing assets.  Prior to joining Enbridge Rob lived in Vancouver and ran the daily operations of an electrical equipment rental company, Trinity Power, with branches in both British Columbia and Alberta.  While working at Trinity Power Rob completed his MBA on a part time basis at UBC, graduating in May 2012.

Prior to receiving his MBA Rob graduated from UBC with a master’s in Physics.  Rob’s thesis work revolved around studying the decay of laser cooled radioactive isotopes produced at the TRIUMF lab in Vancouver.  Rob is still very passionate about science and the benefits of a science literate society.  Rob is a board member of the Calgary Science Network, which is a non-profit organization that actively promotes science literacy and engagement in youth through hands on programs for teachers and students.

Rob: Sustainability means making long term decisions that balance social, economic and environmental concerns.  I think we tend to get too hung up on one specific aspect and forget that most decisions are about tradeoffs between these three.

Rob: Being the most junior person on my team I find I’m learning a lot from my co-workers.  My previous job was with a much smaller organization so there has been a learning curve adapting to the way things are done in a more structured corporate environment.

Rob: Success means finding a way to do the things you love doing as much as possible.

Rob: You need to network.  All my jobs have come with referrals from friends.  It’s so important for companies to employ good people, that most hiring managers don’t want to take a chance on an unknown, having a relevant referral removes some of the uncertainty.

Rob: Completing my MBA.  It gave me the foundation to understand business at a much deeper level and I can’t imagine being in my current position without that base level of business knowledge to complement my scientific education and analytic mindset.

Rob: In my previous position I’ve had to let people go from the organization.  I found it very challenging to keep emotions in check, even though it was obviously the right choice for both the company and the individual.

Rob: Keeping informed on new developments in key technology areas in renewable energy and pipeline operations is a critical part of my job.  My group has to identify the technologies that are relevant to Enbridge and look for ways to help develop those technologies to the benefit of the company.

Rob: I love that I get to apply both my science and business knowledge in my current position.  Over the next five years I hope to evolve into a more leading role within the Alternative & Emerging technology group.  I currently play a more supporting role in technology evaluation and deal structuring and I see myself more independently identifying and structuring investment opportunities as I gain progressive experience.

Rob: No, growing up I wanted to be in the army like my father, then through most of university I thought I was going to be an academic.  I only really became interested in energy once I started working at Trinity Power.  Trinity provides services to the oil & gas industry and I was fascinated by the sheer size of the projects in industry.

Rob: I think it’s a very exciting time to be involved in Energy, particularly with energy technologies.  Energy demand on this planet will continue to grow and we need to find ways to make more from less if we’re all going to enjoy the standard of living to which we’ve become accustomed.  I want to help find ways to make this possible.

Rob: I wouldn’t say he’s a role model but I have a lot of respect for Richard Branson.  I think it’s absolutely amazing the sheer amount of things that he’s involved with I don’t know how he finds enough hours in the day.  I would love to be that productive with my own time.

Rob: I think like a scientist so have to go with the scientific definition.  The capacity or power to do work.

Rob: We’re the one’s who are going to face an energy shortage if we don’t find solutions.  I believe we’re going to find ways to make and use energy more efficiently.

Rob: I’m not a big social media fan.  I think we’re being inundated with excess amounts of information, much of it low value or useless.  I don’t need to know where Kim Kardashian shops for shoes, and I certainly don’t need to know it instantly on my phone.

Rob: I keep my linkedin profile updated.  I feel linked in serves a very useful purpose, but I’m not doing that daily.

Rob: My girlfriend is a recruiter for IT and she’s on Linked in all the time.  I think social recruiting is happening and something you have to be a part of if you’re looking for work.

Rob: I get to work with enabling  the development of new technologies that are going to shape the way the world uses energy in the future, I think that’s extremely important to securing a prosperous future for everyone and it gives me a huge amount of personal fulfillment.

Spread the word about Rob Pitcairn!