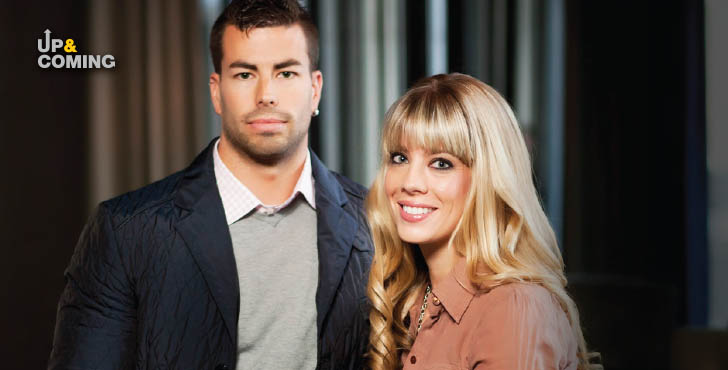 Heather Rogan is a born and raised Calgarian that didn’t even have to step out of the NW until her third decade, thanks to the convenient location of the U of C in which she obtained her Mechanical Engineering degree with a minor in Petroleum Engineering. She has dedicated her entire working career to Nexen and in turn has had the opportunity to work on projects in her very own Alberta, neighboring Saskatchewan, the Gulf Coast, Spain, Aberdeen, London, and Colombia.

She is currently working as the Long Lake Development Manager in Nexen’s Oil Sands Division. When she is not working you can find her… Well, you chances are you can’t find her as her first passion is travel where she dedicates as much free time as possible to the pursuit of unfamiliar foods and mysterious languages peppered with new people and places.

Heather: Sustainability has become the new ‘buzz’ word in industry and we use it fairly often, and often fairly loosely, to describe anything from our business models, our environmental policies to our workforce development. To me, the concept of sustainability is one of ‘future’. It is describing what you want things to look like in a time we can’t yet describe that will certainly be governed by technologies we haven’t yet invented. As a result, sustainability is both a grave responsibility and a unique opportunity for creativity. It is important that we look at our daily actions and ask ourselves in which ways they open doors, and assess the risks involved with any doors that may close behind us.

Heather: One of the single greatest differentiators in my career has been the number of people willing to mentor me. I have had the benefit of some long term mentors that have transitioned with me as I moved from Division to Division, I have had the benefit of mentorship from our executive and mentorship from peers on the teams I have worked on. These people have been invaluable to my growth and development. They have provided new perspectives based on their unique experiences, insights into parts of the organization I haven’t yet worked, knowledge from other companies where they have worked and have been instrumental in helping me develop both my strengths and my blind spots. It is important to remember that mentors can come in all forms… and levels of experience. We often get focused on being mentored by someone more senior than us, but we have to remember some of the best lessons are learned from those working along side us.

Heather: Success to me is the ability to wake up every day and love what you do. To still be challenged by it, frustrated by it, and nonetheless looking forward to conquering it. This applies to my career, to my hobbies and even my relationships. Success in any one of these areas means you are continually being inspired by the ability to learn and grow from your experiences.

Heather: Don’t hesitate. This industry has provided me with such a breadth of opportunity. I can’t think of another industry where a person can more readily move between technical, financial, strategic, all the way through to organizational development. When you consider the impact technological developments have had on the energy industry in even the last twenty years, the possibilities for the future are literally limitless. This has to count for something given that most of us can expect to dedicate ourselves to working for a solid thirty to fifty years! If arthritis is going to make it hard for me to come to work at sixty, it better be worth struggling out of bed for 🙂

Heather: Like any good investor, my fortune was won with a combination of hard work, calculated risk and a bit of pure luck. I was just coming ready for my first rotation following three rewarding years as a development engineer on heavy oil assets. In that role, I had a great deal of accountability and independence, both of which are fairly rare just coming out of school, and I was looking for the next big challenge. It came in the form of a finance position that many people strongly encouraged me to walk away from. Fortunately, there were a few that told me to have an open mind, and for once in my head-strong life, I listened. The result is a perfect story of being in the right place at the right time as shortly after we purchased Encana’s UK assets, inclusive of the Buzzard field, which ranks as one of the UK’s biggest developments in the last ten years. The combination of a technical background and the exposure to the finance world allowed me to be placed in the newly created UK Technical Analyst role where I was able to work with some of the world’s most talented project managers on this development project. In addition to a lightening round of knowledge gain, I was also able to travel extensively and visit our construction sites in Spain, Scotland and Northern England, while also being exposed to our executive management team and their manner of problem solving and strategic decision making. This role literally changed how I thought about my career. It was the first time I realized how expansive an engineering degree really was and just what an endless world of opportunity was out there. It also changed my risk tolerance and allowed me to embark on a somewhat unconventional career path. More importantly, it taught me to remember to look up and take stock of the whole garden, no matter how entrenched in the weeds my day to day activities are.

Heather: A few years a go, I had the opportunity to work on a heavy oil enhanced oil recovery project. We were breaking new ground not just with the technology itself, but also with the work we were doing to try and understand it. We were pushing the boundaries of our simulation models and needed to significantly up our game when it came to how we modeled and described the uncertainties and their subsequent impact on economic outputs. It was a fascinating process and likely the most I have seen a team grown in a single year.

Heather: Almost everything I have worked on would not have been possible when I was a kid being asked what I wanted to be when I grew up. When I was in elementary school, they told us not to think about careers in oil and gas because there simply wouldn’t be any left. Today, I have worked on wells where previously the water depths would have been too deep to even consider drilling, prospects where the pressures and temperatures exceed what we would have thought possible. I am currently working on a thermal project located in a huge land position that people thought we were crazy for keeping because there simply wasn’t an economic technology available to develop it- today it sits as one of the cornerstones of our strategy. Technology has, and will continue, to change everything. I am confident that the things I will work on in twenty years will be the things that seem impossible today…. not to mention that the tools I will be using to work on them will have once again revolutionized the way we do business.

Heather: No! To be perfectly honest, I had such a narrow view I wasn’t remotely interested. I was going to be a doctor, engineering was a fast way to get there, but as luck would have it, when talking to a few engineers before I laid my money on the line and committed to my undergrad, I was offered a summer job in Industry that fortuitously paid more than my lifeguarding gig. Two weeks into the job and I was hooked. When I look back, I am not really sure what it was that reeled me in… certainly not the gargantuan spreadsheets I was trying to correlate… but there really was no looking back after that. I truly owe those two women for the opportunity.

Heather: I have had a number of fantastic role models, but my great grandmother, Ethel Wilson, always comes to mind when I am feeling overwhelmed. Born in 1902, she managed to raise three children in a rather difficult economic time as a single mother working as a seamstress and becoming a member of both the Edmonton City Council and the Legislative Assembly of Alberta. All this and she still baked a mean crab-apple pie. I didn’t get to know her well as she passed away in 1983, but she was a foundation that gave rise to two other incredibly head-strong, determined women- my Grandmother Val Huene and my mother, Bev Rogan. I am blessed with a strong line of tough cookies preceding me. From a very early age, each of us learned that if you fall down, you bite your lip, brush your knees off and get back to doing whatever you were doing before you fell- even if it means risking being knocked down all over again.

Heather: Blackberry Messenger!! The easiest way to get a hold of me amongst the hundreds of emails that come in a week.

Heather: The Millennial Generation has grown up in an instant world. I am just on the brink of the two generations, so I can still remember when email first got popular. I missed a party because someone had emailed the invite and with the time it took to dial up a connection, I hardly ever checked email. I recall being so frustrated that someone hadn’t just called; thinking that this ’email thing’ could never really take off because all it was good for was sending reports to class mates. Wow did I get that wrong.

Today I would suspect 80% of communication is done electronically, and we are communicating at a pace and intensity that would have been impossible even ten years ago. What’s more, with the internet there is so much more information to support (and confuse) our messages, which in turn leads to even more communication. The Millennial Generation has likely never poured through an encyclopedia to write a report, and they have never had to be patient waiting for an answer, or a response. If there is one word that I could use to describe this generation, it is, ‘hungry’. And they are asking for more. As a result, we will have to do more to keep this generation engaged and satiated, but we will also get more by giving more. This is the first generation that isn’t just comfortable with change, they feed on it, and will demand more of it. I think the pace of business is on the upswing and unlikely to slow down any time soon with this generation driving us forward and into the future.

Spread the word about Heather Rogan!