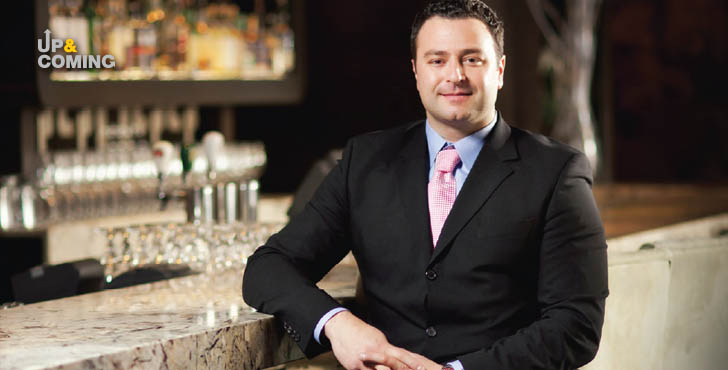 My name is Eli Barakat. I was born on July 14, 1981 in Beit Mery, Lebanon. I have an older brother Mark and two younger sisters Tracy and Christy. My father is a commercial pilot and my mom studied psychology but never practiced it. I grew up in many countries such as Lebanon, Saudi Arabia, Malta, Italy, UAE and Cyprus. The diversity of schools made me familiar with many cultures and fluent in Arabic, French and English.

Shortly after, I have joined Chevron Corporation as a Drilling Engineer in mid 2006 in their San Joaquin Business Unit in California and been with the company since then enjoying the world wide opportunities and challenges. With Chevron, I have been to Brazil, Thailand, Australia, Kazakhstan and Nigeria. I have moved to Calgary in 2008 and worked on several projects both Offshore and Onshore. I have just completed my MBA from Cornell and Queen’s Universities. I like traveling, cooking and outdoor activities in general.

Eli: When it comes to sustainability, I believe we need all forms of energy including fossil fuels and renewable sources like solar, wind, geothermal and others. I see the world switching slowly to renewable energy for simpler applications like land transportation and home heating but oil & gas would still remain the main source of energy for the next few decades. Major Oil & Gas companies have already recognized this need and been working on developing alternative energies. Chevron for example is the world leader in geothermal energy.

Eli: I did. One of the benefits of working for a major energy company is the formal personnel development programs that they have in place. At Chevron, the Horizons Program is a 5 year training and mentoring program during which candidates are exposed to around 15 weeks of technical training courses, 4 weeks of soft and business skills training, a formal mentoring program and cross functional opportunities to make sure they are doing what they like to do and quickly take on more challenges and responsibilities.

Eli: Although we live in times where success is more related to flash than substance, I believe success is achieving milestones we set in life and celebrating these achievements with people that helped us along the way and sharing with others the experiences we learned. Nothing wrong with earning public recognition and lots of money along the way.

Eli: If you like traveling and worldwide opportunities, join a major energy company. There a few in Calgary

Eli: Graduating from the 5 year Chevron Horizons Development Program and completing my Chevron sponsored MBAs from Queen’s and Cornell.

Eli: In a company full of worldwide opportunities in diverse functions, knowing what to do next and where can be a pleasant challenge. Mobility in a company like Chevron is extremely valued and lots of resources like having career sponsors, cultural training and expatriate benefits are available to employees to make their decision of moving and the actual move an enjoyable and extremely rewarding experience for their whole family.

Eli: Technology makes our business more efficient and our day to day activities simple. For example, in California, Chevron is piloting a project to produce steam from solar energy to be used in its heavy oil operations to keep the 100+ year old fields there producing longer, like how cool is that?

Eli: The next 5 years will be very exciting due to the huge number of employees retiring from the oil and gas industry. I believe early career employees will be offered opportunities that were never offered to their predecessors. It’s both daunting and exciting, thus the need to developing people faster and more efficient than ever.

Eli: Yes. When I was still in school, I came across a drilling rig in my travels to Abu Dhabi and I was extremely amazed and intrigued by the drilling operations and decided to immigrate to the U.S. to study Petroleum Engineering.

Eli: The energy industry is fascinating in all its aspects, from drill bits 12km below the earth’s surface to negotiating tables for resources across the globe, the opportunities and challenges are endless. The theory of “Peak Oil” and the increasing challenge of securing resources are huge motivators for me as I know that my cultural diversity, language, technical and business skills are valued and put to work.

Eli: I have one that walked this earth about 2000 years ago and one that brought me to this world 30 years ago.

Eli: Energy is life, as we know it. Today more than ever, we depend on energy. It enables transportation, communication and in extreme climates, survival. Try living without what we take for granted like gas/electric heaters, transportation and power for our TVs, computers and IPhones. That will help us understand the huge upcoming demand from emerging countries whose populations are trying to lift their living standards to match ours. It amazes me how much energy dependable we became when I see how people are sitting on the floor around a power socket at airports.

Eli: Skype, because it allows me to connect with and see my family overseas.

Eli: We have been taught that air transportation made the world smaller, I believe that Social Media made the whole world the size of the device we use. Social Media changed the way people get information, connect and interact and we have to acknowledge that sooner rather later. Change is exciting and happening fast. We would better embrace it.

Eli: Not sure I use Social Media on a daily basis however, when needed, Twitter is a great source of instantaneous information straight from the source you want to cover different perspectives. I still enjoy and value face to face interactions though.

Eli: Not really, although Chevron has an official Facebook page on which new and interesting information is presented and through which it can connect with social media enthusiasts.

Eli: Smart, that’s where most of the new candidates hang out. You have to speak their language.

Eli: I love my career because I know I am contributing to human progress that is fueled by energy; and I am doing it by working with great people that Chevron hand picks in order to preserve it wonderful culture to achieve its vision of being the company that its most admired for its people, partnerships and performance.

Spread the word about Eli Barakat!