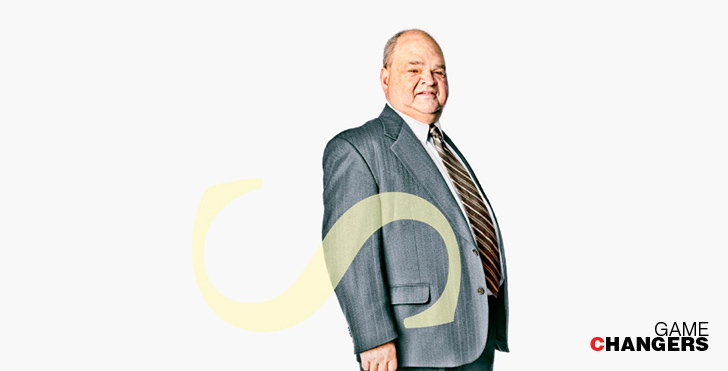 The members of the Hibernia shuttle tankers union succeeded in contracting a 25-year term labor agreement thanks to Oceanex Executive Chairman and Captain Sid Hynes, inductee of the Order of Newfoundland.

A lifelong mariner and a ship captain in his early 20s, Hynes’s has leadership skills that are proven and respected. He says, “You have to demonstrate leadership.” He managed TERMPOL Environmental Review Process for Whiffen Head Transshipment Terminal, plus all aspects of cable laying for the CANTAT 3 transatlantic system and succeeded in training more than150 former fishermen to work on shuttle tankers in the North Sea in the ’90s, when the cod fishery industry was declining. “This probably worked better than if we had recruited more experienced people,” he says about the success of the project.

His ticket to successful leadership in business is simple: “To take charge of a ship, you must be capable in terms of managerial and leadership skills; combine these skills with a great deal of determination and apply them to the business environment.”

Excited about the evolution of an industry that used to be seasonal, Hynes is thrilled to see year-round employment catching hold in NL. “Activity and production will continue to flourish … One of my proudest moments was standing in Korea watching our newly constructed tankers depart, crewed entirely by Newfoundlanders.”

1. “Establish an action plan to meet your goals—if you fail to plan, you plan to fail.
2. Don’t try to do everything yourself; assign tasks and delegate responsibilities.
3. Stay focused on the end game and don’t give up.
4. Every job should be done at the first level it can be done.”

Spread the word about Sid Hynes!