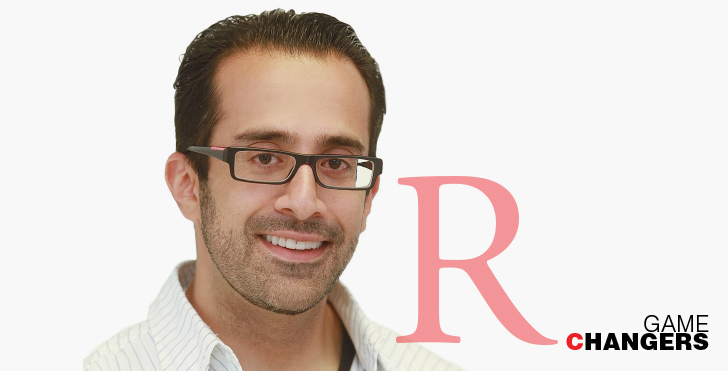 The man who formed Microsoft Ventures learned quickly in his early days at Microsoft how to survive and thrive as an entrepreneur inside the walls of a corporation. A millionaire at 19, Rahul Sood, a Calgary native, sold his original startup technology to Hewlett Packard, after declining an offer from Dell. With his profits, he launched his career, increased his investments, and became the founder of Microsoft Ventures (MV) at Microsoft Corp.

Sood reflects on how, following the original sale of his company, his next tech company, Voodoo, was a huge miss. “Failure is only great if you learn from it, and, in my case, I had plenty of failures to learn from.” Sood is excited about some of the latest investments that MV has made: BuzzTable, Pinion, Selectable Media, Buddy, LikeBright, SkyGiraffe, Ranku, and Zula. “The biggest impact selling Voodoo has had on me is learning how to work inside of a big corporation as an entrepreneur.”

Sood told The OGM how MV is more than just a fund; the accelerator program has helped other entrepreneurs around the world. “We ran 120 companies through our pilot in Bangalore, Beijing, Tel Aviv, and Seattle. Eighty-five percent of those received seed funding, thirty-five percent have hit series A, and eight have been acquired.”

Identifying as an entrepreneur, Sood explains how MV is not like a corporate fund. “Think of it this way: as an entrepreneur what do you care about most? Solving big problems, building a great team, creating a breakthrough idea, and most of all, acquiring clients and retaining them.”

An Old Persian proverb that aligns to the notion of “This, too, shall pass” helps him overcome challenging times. Working with over 40 of the largest Fortune 500 companies and with other locations in London, Moscow, Paris, and Brazil, MV revisits the most promising companies to reinvest and help advance them even further.

“In total, our companies have collectively raised in the neighborhood more than $50 million from angels and VC worldwide.” Not bad, indeed, for a program in its toddlerhood!

Understanding that ecosystems around the world differ, Sood emphasizes the importance of matching companies and technologies that provide solutions to local issues. “In Berlin and Israel, we want to find companies that are solving large global problems. But if you ask what the constant variables are, I’d tell you that we’re looking for great teams who are solving big problems, and working on something potentially breakthrough.” Despite this seemingly heavy criteria base, Sood assures that MV is a big initiative with an offering of big value to the entrepreneurs who subscribe to it.

He goes on to say, “With the way technology is going, entrepreneurs are emerging as early as grade school.” It’s rare that someone finishes high school, goes to university, starts a job, and then begins his or her own business. “Millennials will continue to disrupt markets by looking for the quickest route to solving big problems.”

When asked what the essentials of being a successful entrepreneur are, Sood shares the following:

Empowering your customers and building that community passion for your product, and knowing your team as well as your own family.

“Look at any big problem space, and you’ll find someone trying to solve the problem, using unique and creative ways.”

“Strong culture can lead to amazing results,” says Sood, stressing the importance of being awake to the world around you, especially in the menial tasks. “I’m talking about the barista who makes your coffee in the morning, the person who picks up your trash, your UPS driver, the person behind the grocery counter. Say ‘Hi’ and ask them a question about themselves.”

Spread the word about Rahul Sood!