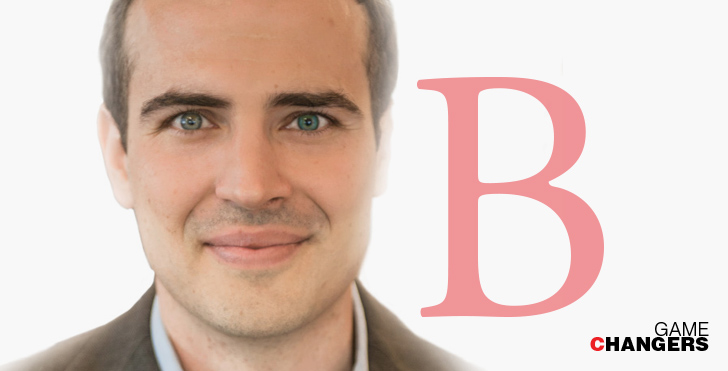 While a student at Yale, Parish spent a summer in India and visited the melting Gaumukh Glacier that feeds the Ganges River and the mouths of 450 million people. Within months, he founded the Energy Action Coalition, the largest youth organization in the world for climate crisis, destined to bring clean energy solutions to the world. Hailed as Rolling Stone’s “Climate Hero” and as one of Utne Reader’s “50 Visionaires Who Are Changing Your World,” Parish was inspired by other leaders like Gus Speth, the former chairman of the Council on Environmental Quality during the Carter administration and the administrator of the UN Development Program. Joel Rogers and Van Jones have also influenced Parish to shed a powerful light on the green jobs movement.

His book Making Good: Finding Meaning, Money and Community in a Changing World, written in partnership with Dev Aujla, is a valuable collection of resources, exercises, and stories to encourage tomorrow’s leaders to stay on the meaningful path of change.

Parish says, “Ten years ago, when I dropped out of Yale, I told people I believed in the transition to clean energy because it had to happen, and I knew passionate people who were going to make it happen. Today I have numbers.”

Now as the founder and president of Mosaic, an online marketplace that connects investors with high-quality solar projects, Parish plays an influential hand in financing millions of dollars of solar energy installations and establishing standards for the solar finance industry.

When asked by The OGM to share his greatest challenges, Parish said, “We spent our first two years crowdfunding for solar with a zero interest model and raised $300,000. We then launched a return on the investment model and raised $300,000 in 24 hours. We’re now developing investment products for both small and large investors to finance clean energy projects and earn competitive returns.”

According to Parish, “Solar, in particular, is one of the most underreported and important narratives.” Photovoltaic-produced energies in the mid-70s cost $75 per watt, whereby in 2013, the cost to produce the same volume is 74 cents and could be as low as 40 cents by the close of 2013.

Mosaic is one of the founding member companies of the truSolar Working Group, a consortium of 16 market leaders in the solar industry, working to develop uniform standards to facilitate lower transaction and capital costs.

Parish says, “We hope that an industry-wide standard will lead to the broader recognition of solar as an asset class with competitive returns.” He aims to improve project finance liquidity within the commercial and industrial solar segments.

He drew attention to the recent article “Clean Energy ETF Investing 101 – ETF News And Commentary” at www.nasdaq.com that claims the U.S. now has over 8,500 MW of cumulative installed solar electric capacity (enough to power more than 1.3 million home) and has created 14,000 green jobs.

“In the last two and a half years, the industry jumped from 50 gigawatts of PV capacity to just over 100 gigawatts. Since 2011, global module prices have fallen 62 percent, and the solar industry is on track to install another 100 gigawatts worldwide by 2015, nearly double!”

As for the oil and gas industry, Parish acknowledges the essential role fossil fuels play in nurturing civilization. He does, however, feel when a retrospective beam is shone back on today’s objectives that we may wonder why we weren’t doing more than we currently are to shift to energy sources that have a proven positive impact on the basic chemistry of our atmosphere.

This game changer envisions a massive reallocation of capital away from fossil fuels toward clean energy solutions over the next five years.  He would like to see better industry standards to assess risk and more tax incentives to lower the costs of solar technology as well as to encourage rapid innovation.

Elected as a Fellow of Ashoka, the global association of the world’s leading social entrepreneurs, Parish lives in Oakland, CA, with his wife and two daughters.

Spread the word about Billy Parish!