Cyberhawk Innovations has been named the Venture-backed Management Team of the Year at the 2018 BVCA Scottish Management Team awards. Winners were announced at the BVCA’s prestigious annual dinner in Edinburgh.

The BVCA Management Team Awards celebrate the performance of UK-based companies that are backed by private equity and venture capital. Cyberhawk is one of four companies which were named regional winners in Scotland.

Chris Fleming, CEO at Cyberhawk said: “The Cyberhawk management team is thrilled to accept this award, which is testament to the hard work shown daily by the entire Cyberhawk team. 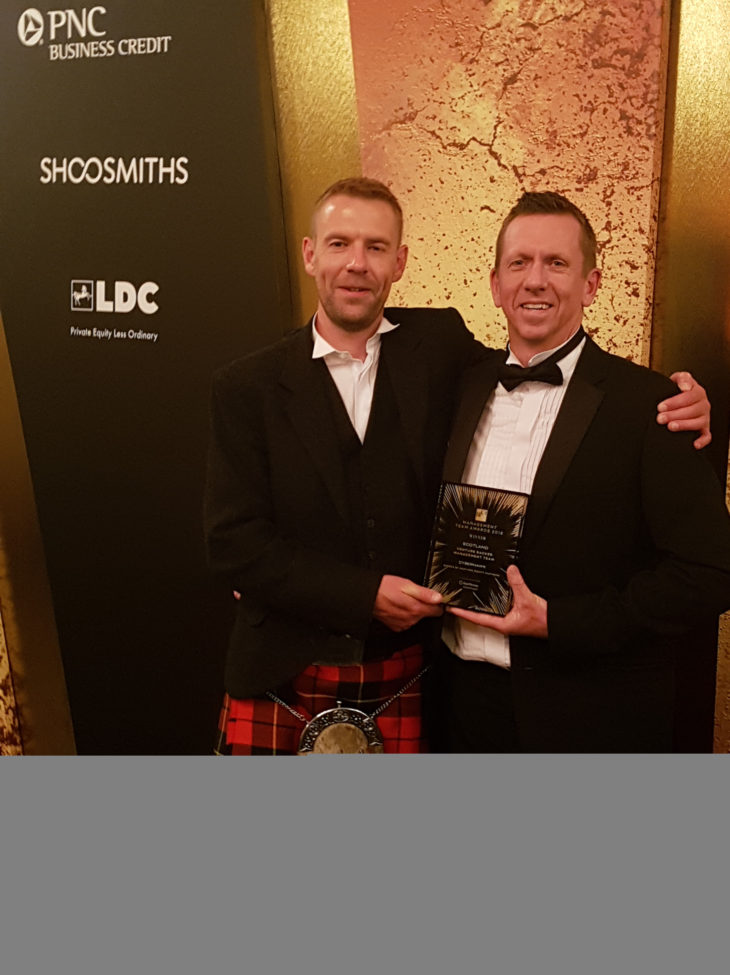 “Our performance to date has been outstanding and we have already added six key people to our team this year, with further recruitment ongoing. We have expanded our global footprint, achieved world-firsts across numerous industries and we continue to significantly invest in the development of iHawk. We are particularly pleased to see the BVCA recognise this industry-leading software platform and its potential for the future.

“The support we have received from SEP and SIB has been fundamental to iHawk’s commercial development, and has also played a key role inpropelling Cyberhawk into its next phase of growth.

“We are delighted with the evening’s results and I am extremely proud of the entire team for its continued enthusiasm and commitment to the company.”

Winners from last night’s Scottish event will now be forwarded into the national final to compete with companies from across the country, before the UK winners are announced at the BVCA Gala Dinner on 29 November 2018 in London.

Headquartered in Livingston, Scotland, and with bases in Houston, the Middle East and Southeast Asia, Cyberhawk carried out the very first UAV industrial inspection in 2009 and since then, has completed more than 25 world firsts to date, with blue-chip energy companies in more than 25 countries on four continents.