C-NLOPBstands for Canada-Newfoundland Offshore Petroleum Board and it is a locally based, St. John’s, Newfoundland, regulating authority. Jointly the Province of Newfoundland and Labrador and the Federal Government of Canada, govern the region.

C-NLOPB is responsible for safety, environment, exploration and licencing, resource management and industrial benefits.  Provincial and federal authority for regional offshore assessments would guarantee appropriate experience and understanding of the region and its hostile environment at sea.

THE OCEAN RANGER AND THE ATLANTIC ACCORD

The Ocean Ranger disaster saw the loss of 84 lives. This tragedy of epic proportion laid the foundation for a safer, more highly regulated and environmentally conscious, oil and gas culture. C-NLOPB and the Atlantic Accord were born out of the Ocean Ranger tragedy. Lest we forget. 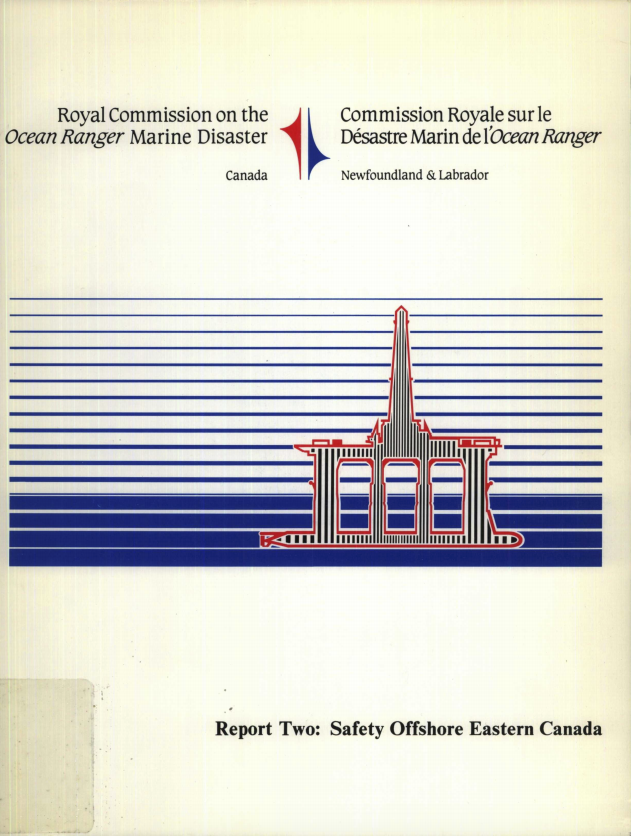 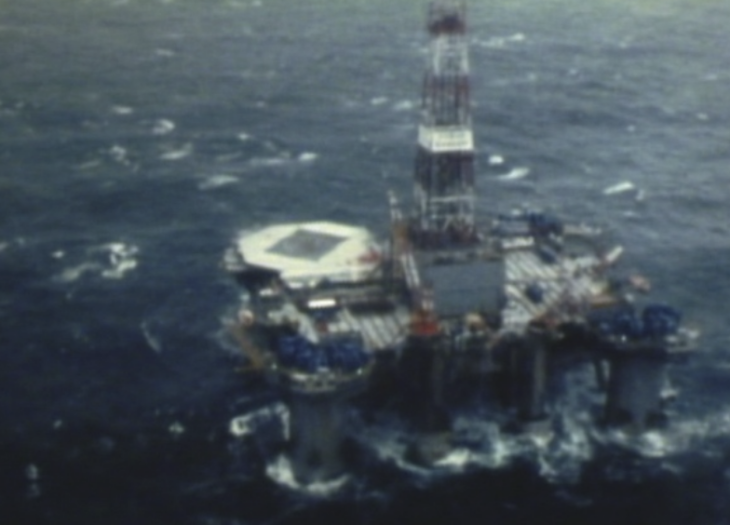 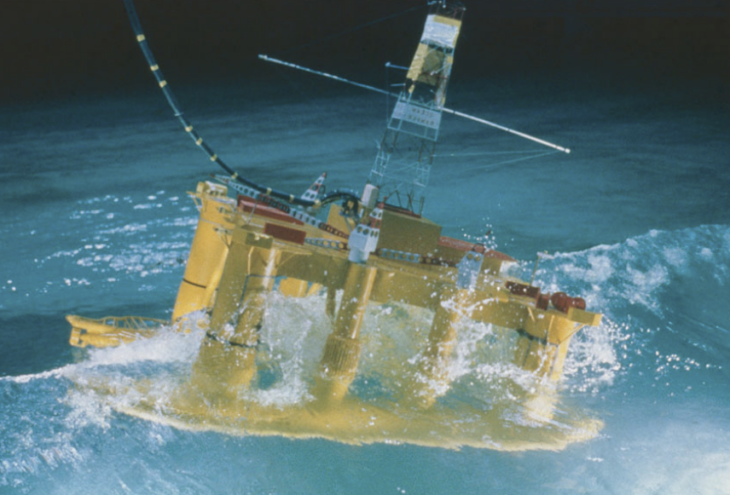 THE QUESTIONS OF THE DAY

Years of research, reporting and building our offshore health, safety and environment culture have accumulated to get Newfoundlands offshore industry to where it is today. All of which has been overseen by C-NLOPB’s governance.
Will health, safety and environment be compromised with a change in governing authority from local to national levels?
Will this impact our safety culture overall?
Will environmental regulations become cumbersome and at times out of context for offshore operations?
Will exploration companies want to invest in a system that keeps changing the environmental and safety assessment goal post?
These are some of the questions of the day.

“The C-NLOPB’s excellent track record proves it has the expertise and experience required to conduct assessments and should be the designated regulated authority, as it was previously,” says Charlene Johnson, NOIA CEO. “The C-NLOPB is a reputable, arm’s length regulator that employs more than 85 experienced policy and operational experts dedicated to ensuring environmental protection. Located in close physical proximity to our offshore operations, they know the industry, have hands-on experience in the province’s harsh offshore environment and are best placed to take the lead role in environmental assessments.” 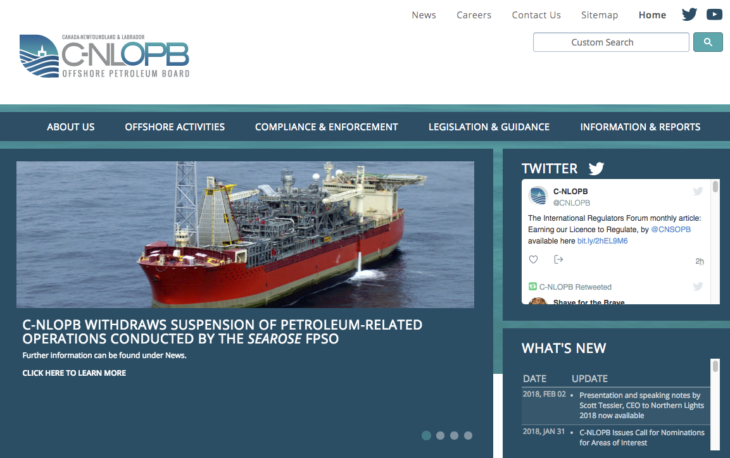 NOIA is asking the federal government to avoid unnecessary duplication of work with regard to exploration wells. Currently, under CEAA (2012), exploration wells in the first drilling program in an area set out in one or more exploration licenses require an environmental assessment. “NOIA believes that the C-NLOPB should be the Responsible Authority for this and exploration drilling programs that are adjacent to or overlapping each other should not require separate environmental assessments, as this is unnecessary duplication,” said Johnson.

“The Atlantic Accords Acts have enabled the C-NLOPB to effectively regulate the offshore industry for over 30 years. Section 4 of the Accord Implementation Act specifically states that it takes precedence over any other act of parliament that applies to the offshore area or any regulations under the Act,” added Johnson. “The Atlantic Accord gave Newfoundland and Labrador equality with the federal government in the joint management of our resources and the law affirms that this principle should be upheld.” 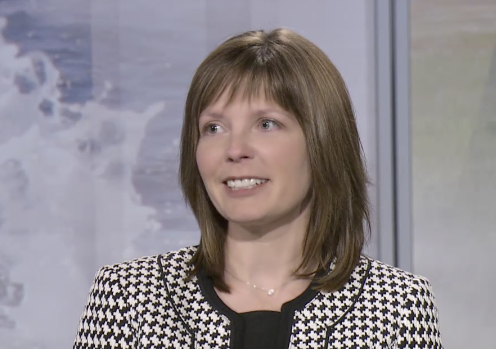 Increasing bureaucracy does not enhance environmental protection, it only adds more time and uncertainty and reduces Newfoundland and Labrador’s ability to attract global investment. The concern here is that a federal takeover may muddy the waters and detract from exploration which would be stifling to the economy.

Commitment to its mandate is foremost at the helm of C-NLOPB’s operations. For example, the recent suspension of Husky Energy’s SeaRose FPSO operations because it unsafely handled an incident with icebergs last winter, clearly indicates the contrary. “The SeaRose FPSO should have disconnected and moved into safe space, away from the iceberg. They did not do that,” says Scott Tessier, chair, and CEO of the Canada-Newfoundland and Labrador Offshore Petroleum Board (C-NLOPB).  As a result, Husky operations were suspended this year to rectify the situation.

THE PEOPLE HAVE A SAY

Johnson concluded saying, “The livelihood of thousands of Newfoundlanders and Labradorians depends on a well-regulated offshore industry that is supported by a robust environmental assessment process and includes appropriate consultation with directly impacted groups. “Every resident of the province should be very concerned that decisions are about to be made that could erode the principles of joint management, increase centralization and jeopardize future development of the industry.”

DOES ONE SIZE REALLY FIT ALL?

Overall concerns for safety regimes, environmental processes and industry investment culminate to disagree with the approach of a federal regulatory body that falls under a “one-size-fits-all” banner.

The Atlantic Accord spun out of years of safety research and solutions from the Ocean Ranger disaster and beyond. The Accord has stood the test of time and been an exemplary model of governance supporting the industry for decades under the authority of the Canada-Newfoundland Offshore Petroleum Board.   Unless there’s some grand federal plan to improve upon what is already succeeding offshore Newfoundland, why would we rock the boat?