THE ARCTIC LNG ONSHORE: LEARNING FROM THE RUSSIANS

Russia is the 9th largest country in the world by population with 149 million people. Founded in the 12th century, the Principality of Muscovy, was able to emerge from over 200 years of Mongol domination (13th-15th centuries) and to gradually conquer and absorb surrounding principalities.

In the early 17th century, a new Romanov Dynasty continued expansion across Siberia to the Pacific. Under Peter I who ruled from 1682-1725, was extended to the Baltic Sea and the country was renamed the Russian Empire.

During the 19th century, more territorial acquisitions were made in Europe and Asia. Defeat in the Russo-Japanese War of 1904-05 contributed to the Revolution of 1905, which resulted in the formation of a parliament and other reforms in Russia.

Repeated defeats of the Russian army in World War I led to the overthrow in 1917. The Communists under Vladimir Lenin seized power soon after and formed the USSR. The Soviet economy and society stagnated until General Secretary Mikhail Gorbachev, who ruled in 1985-91, introduced glasnost (openness) and perestroika (restructuring). This was his way of modernizing Communism, but his initiatives inadvertently released forces that splintered the USSR into Russia and 14 other independent republics by 1991.

Since then, Russia has shifted its post-Soviet democratic ambitions for a centralized semi-authoritarian state where it was ruled through managed national elections and populist appeals by President Putin.

While political uncertainty has been at play in Russia, it has not stopped the progress of some of the greatest projects from happening there. Russia is the world’s biggest producer of conventional gas after the United States but wants to increase its production of liquefied natural gas (LNG), which currently accounts for less than 5 percent of world output.  The Yamal project of the Russian Arctic is supporting that vision. 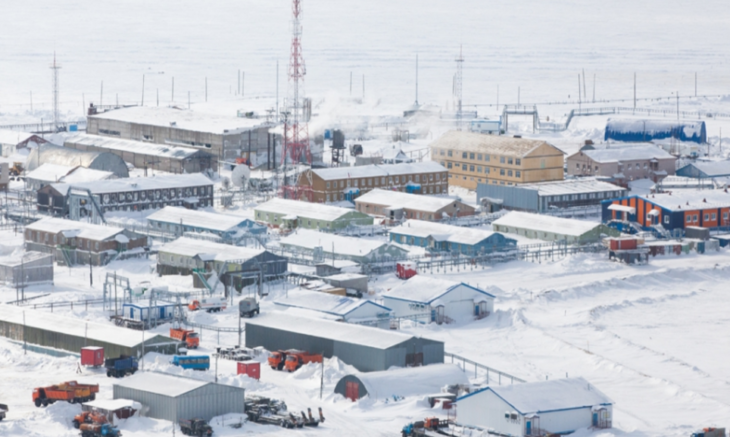 Under the harshest most extreme conditions,15,000 people live and work in some of the coldest temperatures on Earth. On the frozen Yamal Peninsula, 370 miles north of the Arctic Circle, snow, wind and chilling conditions cover the community of towering cranes, glacier-splitting ships and construction teams. The region known as the Siberian Arctic, is 1,550 miles away from Moscow.

This is where the massive project, Yamal LNG, is happening.With its partners Novatek and China National Petroleum Corporation (CNPC), the French oil company Total operates a mega gas field on these snowy, frozen, icy lands. On the premises, there is a factory designed to refreeze the gas to temperatures of -256 °F (-160 °C) to transport it by boat and sell it to world markets.

Working here is not easy. Many challenges must be overcome.The region is ice-bound for seven to nine months during the year, and the sun remains beneath the horizon for three months at a time. During the winter, teams of workers operate by man-made lighting in -40°C temperatures.

Yamal LNG will drill more than 200 wells for the project as Total builds three liquefaction trains, each of which offers an annual capacity of 5.5 million metric tons. To ensure its stability, the plant will be supported by tens of thousands of piles driven some 20 meters into the permafrost.

Specially designed for the project, 15 LNG icebreaker tankers, each of which has a capacity of 170,000 cubic meters, will ship the LNG to international markets. 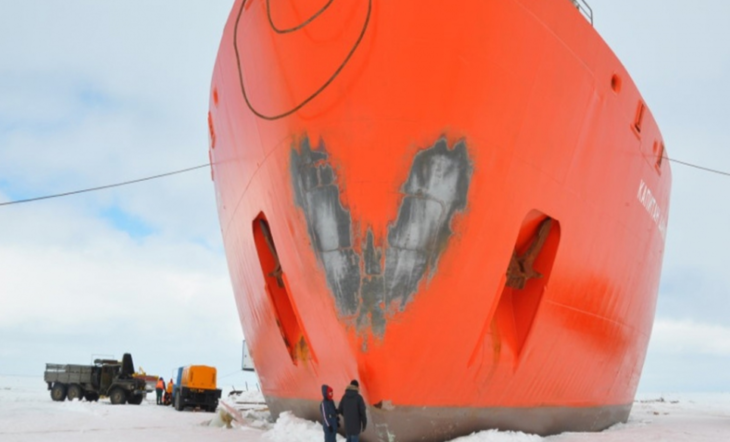 Logistics present another challenge. To facilitate the transport of equipment and staff, the port of Sabetta and an airport were built and are now operational. Over the next three years, the port of Sabetta will take delivery of 150 modules representing 450,000 metric tons, transported from Asia by some 20 vessels. The port will also serve to export the LNG.

Yamal LNG unlocks access to the vast gas resources of the Russian Arctic, while also opening a new LNG sea transport route to Asia using ice-class LNG carriers. Launched at the end 2013, Yamal is not only one of the most complex liquefied natural gas projects ever undertaken, it is also one of the most competitive. Competitive because it benefits from the vast natural gas reserves situated on the Yamal peninsula. Complex because it is located above the Arctic Circle, a region that is ice-bound for seven to nine months during the year and isolated from all cities and oil and gas infrastructure. In collaboration with partners Novatek, CNPC and Silk Road Fund, the Total group is undertaking a daunting technological feat by deploying unprecedented logistical resources.

Difficult but not impossible.  Challenging but only in a way that seeks solutions. Once again mankind proves that anything is possible.

There is much we can learn about Arctic exploration and production from this project. 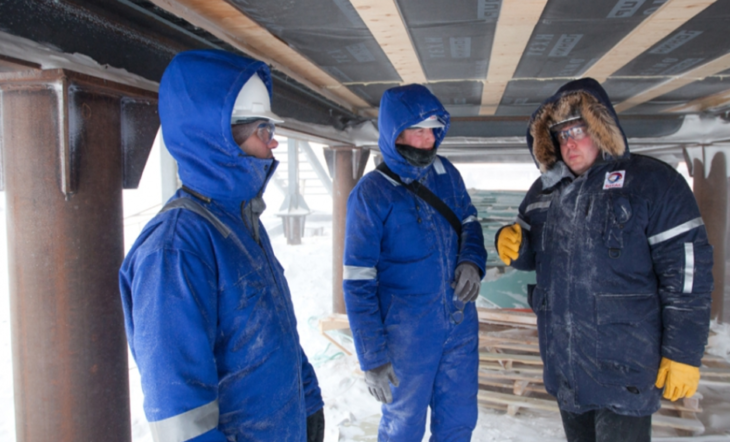