A sagacious teacher once told me that all the answers to life are beyond morality.  I struggled with that wisdom for a long time. My view was that right and wrong was just that – right from wrong. I saw the world in black or white, light or dark. Either you should be this way or shouldn’t be that way.  I was a big fan of laws, justice, and the ten commandments.  But where did it get me?

Because of morality, I became the judge of what was acceptable and what I would tolerate in my life. Some things were good, others bad. Some people were real, others fake.  Some were authentic, some inauthentic. Some well, some sick. The long list went on and on.  A list of labels and judgments that ultimately kept me in a state of acceptance or rejection.  I would say, “I like her because of …. and fill in the blank… ”.  Or I’d say I don’t like her because she said this …… and that’s wrong.”

Recently I have had an endless list of judgments and opinions about politics and Donald Trump.  To the point where it took my focus away from my life.  How does that happen?

In the world of judgment, blame and finger-pointing, I started to realize that my life suffered because of my perspective about things. I felt sick about the state of the world and the future.  I felt weak with the idea that it was all beyond my control. I felt an overwhelming sense of demise.  And I wasn’t the only one.

Then one day, right out of the blue, I stopped and said, hang on a minute now. There’s got to be more to it than this. I started to embrace the idea that all this “right and wrong” thinking was only making me depressed. That’s when I had enough sense to ask myself a profound question. Beyond morality and all my various judgments, what can I find there?  What is this period of change and upheaval about?

You only need ask the question, and the answers will come. 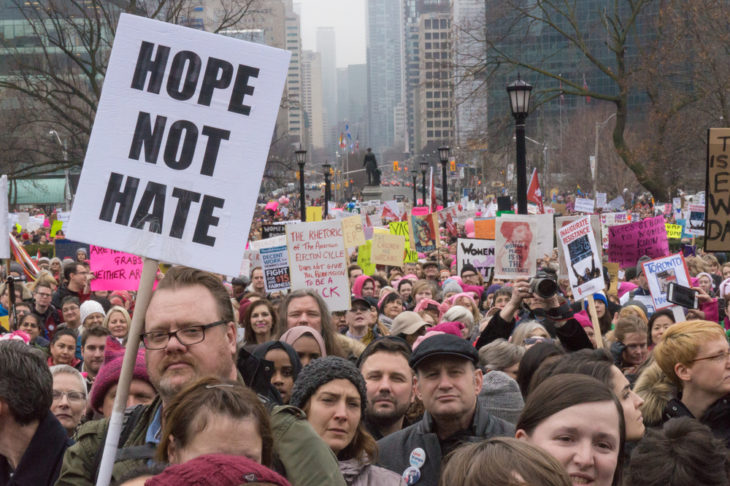 When it came to politics, I could easily judge Trump for his racial remarks, his rude attitude, his sexist comments, and his untrustworthy swagger.  But really, where did it get me?

That’s when I  started to look at the big picture happening in the United States.  I saw something different.  I saw how people were assembling and uniting in causes that they felt so strongly toward.  I saw worldwide rally’s and protests and media coverage focusing on the controversial issues of the day that brought millions of people together in a common desire.

It’s all about the vantage point

As I rose above the hot topics of the day, I entered into a comfortable vantage point that settled and soothed my troubled mind.  Beyond the fields of morality, taking on a different perspective, something was waiting for me.  A gem, a spark of insight, a view that calmed my soul. 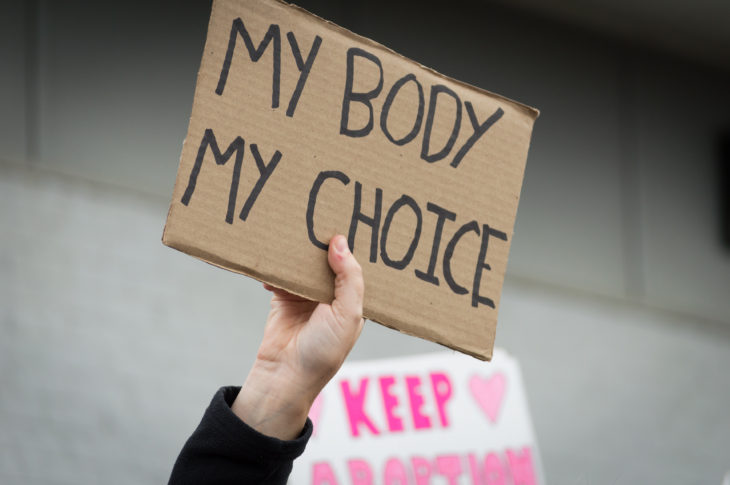 Some people call it “the silver lining,” others call it seeing the good that comes out of the bad.  Whatever you call it, it is there in every life situation. The quantifiable fact today, is that we have a populace of people who have never been more united in the history of the world.

Like so many other people watching the Trump drama on TV, on the one hand, all my fears said, we may have the potential for WW3, and on the other hand, all my courage said, we’ve got a sharp rising of the populace that is uniting the world over.  That’s when I realized our destiny is in our perspective.

The Laws of Nature

Nature seeks to balance. She doesn’t govern in right or wrong. She allows things to be.  She accepts and supports and fosters, and facilitates, and nurtures, and harmonizes.

Who would have thought that all this turmoil may be a new level of realization for the world?  A keen understanding of nature’s unique balance, beyond the realm of good and evil.

Who would have thought that in our turmoil we are also finding unprecedented commonality and connection? Through social media and modern communication channels, the United States in all its angst and confusion has become exactly that – profoundly united.  Given its name, I find that rather serendipitous.

Perhaps all the Trump hate has a purpose.  Perhaps the uniting of the people is causing national and international camaraderie.  Is Globalization happening through our united views?  Could this be the silver lining? 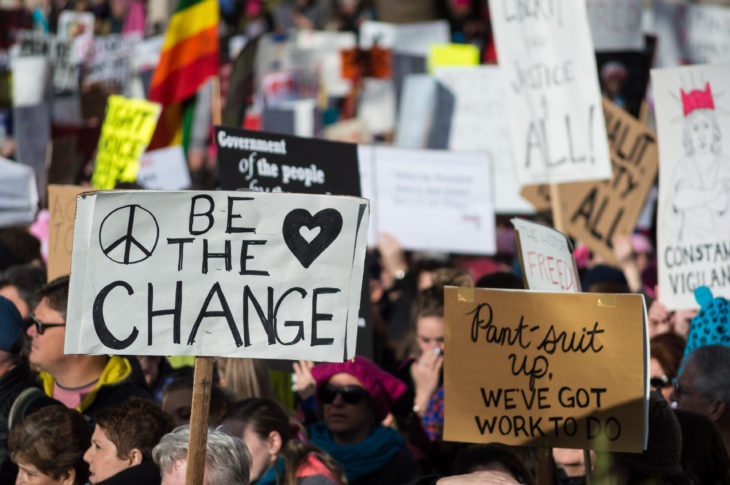 Darkness has a call that is insatiable

We’ve yet to see how much light will come out of this darkness.  We are only now beginning to experience the global magnitude of the human spirit to overcome adversity, bond together in suffering and unite for a common cause at the world level.

That’s what the Trump government is all about.  That administration will keep challenging people, it will keep upsetting people, and it will also get people off their asses and fighting like never before.

There is also an entirely different perspective emerging. One that is accepting that Trump’s views are right.  Many people have shifted their perspective to align with Trump. That was evident in the election process.  Was that because more people react from fear more than courage or was it because Trump’s perspective is valid?

These are the questions of the day, the answers to which will be fascinating to uncover.  What we can assuredly say, is that there is no right or wrong here, and we are beginning to realize that differing views are just different, but they aren’t wrong.

Beyond good and evil, there is a perilous perspective that fearlessly confronts the surface issues of the day. Outside of traditional morality and the destructive critic of our minds, there is a mirror showing us that what we see in Trump, is also within us. It may take different forms and expressions, but it’s there.  Fear of loss. Fear of demise.  Fear of not being great. Fear of not being good enough. Fear of failing.  It’s all right there, plain as day!

Trump may display totalitarian reactions, puts up walls and order ultimatums, but in his view, that is the correct way to be.  I had no other choice but to ask myself the question, “Have I ever been bossy, demanded outcomes and forced behaviors from others?”  Then I laughed.  Maybe the better question is, how many times have I done that, in the last 24 hours? 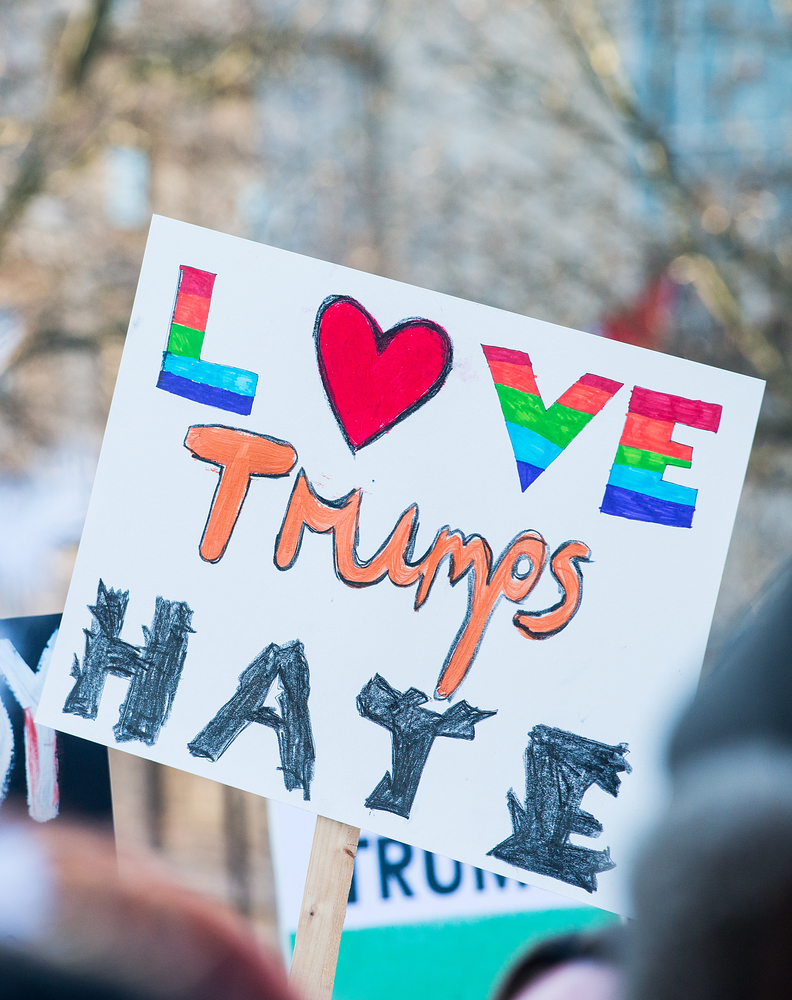 Lightness has a call that’s hard to hear

Perhaps what this is all about is understanding that we are all the same. We all have fears in many different expressions.  The more extreme they are in the dark, the more they pull us into light.  And today the duality of our nature is giving way to a global compassion and unity that will yield to an entirely new world.

Today, like never before there is a call for love, creativity, innovation, diversity, intention, understanding, tolerance, connection, caring and new possibilities. Beyond religious segregation, there is global unity.  Beyond the fear of lack, there is a world of sharing and abundance.  Beyond judgments and blame, there is tolerance, acceptance, and love.

Trump may be the greatest force we’ve ever known that exemplifies fears in all its many expressions and forms, and he may just be our biggest teacher.  He may be the mirror we need to see that allows us to reach inside and decide who we are and what we stand for in life.  He may be the reflection of who we don’t want to be, or perhaps who we need to be. It will be different for everyone.

With over 7 billion people on the planet, there are 7 billion differing perspectives, all trying to get along. Is it any wonder there are wars? A troubled soul at times the thing that brings me peace is the realization of the words, tattooed on my forearm.  They are my late father’s words, and they profoundly fit the times. Etched into my skin, it says, “This is all a part of life’s rich pattern.”

I can’t Trump that! 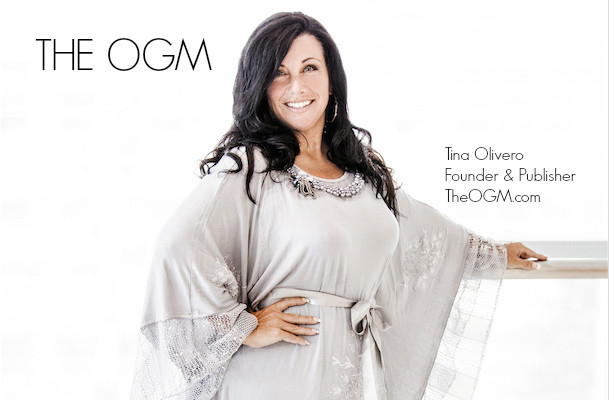 Tina Olivero is the 25-year publisher and journalist with TheOGM.com.

OGM – Our Great Minds, is a leading publication that provokes thought, elevates perspective, and facilitates the advancement of our energy and our people.

To submit your articles for consideration, please send to tinaolivero@theogm.com
or use our automated portal on our website:  www.TheOGM.com  (U Publish It)