Energy East Pipeline: Putting the power back in the hands of the people

Canada is one of the leading countries in the world with a significant share of oil reserves. In fact, the world leaders of proven oil reserves are Venezuela, then Saudi Arabia, then Canada.  We’re in the top three.  So why do we import oil at all?

That is the question of the day.

The oil and gas industry is working diligently to find solutions to the world oil demand and provide as many feasible options as possible to delineate the proven oil reserves that we have. We understand that we have world class oil reserve potential and that global market sales can provide Canada with an unprecedented energy position.

The installation of the new Energy East Pipeline has been proposed and is at the top of the “solutions list” of sustainable oil that can provide jobs, critical infrastructure, oil independence and important economic gains. Calgary-based TransCanada Corp.’s proposed pipeline project would carry 1.1 million barrels of crude oil a day from Alberta to the Irving Oil Ltd. refinery in Saint John, New Brunswick. The question is, will it happen?

Canadians know we need growth, and we need jobs but are not willing to compromise health, safety, and environment to do so.  To bring oil reserves to market through the process of a TransCanada pipeline there is much to consider. Effectively communicating to the public and responsibly communicating the pipeline considerations in a way that develops a social licence to proceed is the key.  How do we do that?

So, the green light on the Energy East Pipeline lays in the hands of the people, not the politicians. Premier Justin Trudeau said, “The Liberal Party knows we need to get our resources to market, but to do that in the 21st century; you have to get community approval. You have to do it the right way. Because even though government grants permits, only communities grant permission.”

Indeed, isn’t this the case with all issues and considerations of our country?  Wouldn’t it be time to create an “App For That”?  A place where we harness the technology before us and educate our people on the considerations of projects and allow them to vote with a foundation of background, considerations, pro’s and cons, and unilateral views based on many groups and stakeholders.  Wow, what a concept.

As technology advances so too will our communication channels in a way that gives the power and the responsibility of our future back to the people. Such technologies are already emerging, such as the online program VoxVolo, which is a software designed for conscious, respectful conversations on the hot topics of the day with the government in play.  A welcome change.

And to take that a step further, what if the public media, such as CBC, which the public owns and the public pays for, shifts focus and is utilized to educate us on the considerations of mega projects like the Energy East Pipeline. What if CBC’s intention was to foster community conversations, gather ideas and solutions, and coming to a consensus.  It’s time, people it’s time.

If there is one failure here, it is the inability to fully engage the public and build trust for projects such as the Energy East Pipeline and the utilization of our current media channels as the leveraging tool to elevate progress and expedite projects through education and communication. 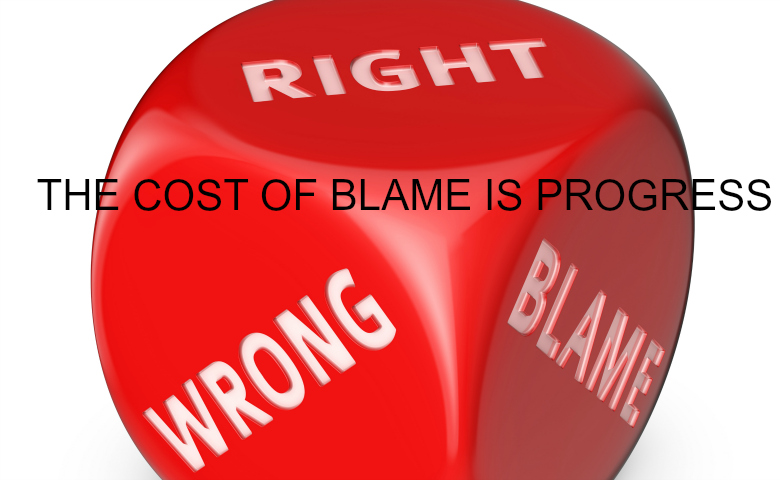 Oil companies are not the bad guys that want to manipulate the people. Nothing could be further than the truth. Oil companies are serving world energy demand just like a restaurant serves food to hungry patrons.  It may be easy to blame them and use them as scapegoats, but the reality is, the public uses energy every day. Canada does have the capacity to become energy independent. So what needs to happen, is a far greater communication network between stakeholders.

Oil companies have a responsibility to communicate to government and the public in such a way that they understand and are confident enough to proceed.

The government has a responsibility to educate the public in such a way that they have the key information to make a “true choice” about whether to proceed or not.

The public also has a responsibility to educate themselves fully and not play victim to “bad news” stories, political bashing between parties, and thoroughly  understand the pros and cons of development and the environment.

If each stakeholder has the intention to communicate from a place of proceeding and progress, it can be done.  Concerns and challenges are something to overcome, not something to stop progress. There’s a huge difference.

We are failing and floundering not because we are not committed but rather we are on the precipice of change.  The people are in charge, not the politicians and communication is needed in such a way that it puts the power back into the hands of the people and allows us to move forward from an informed, responsible foundation.

The oil industry doesn’t need to fight for project approval; rather they need to focus on educating the public, gaining trust and then gaining approvals, if and only if there is a collaborative, consensus of community agreement.

National consensus is no small task given the number of stakeholders, perspectives, and considerations for a national project of this magnitude – but it is imperative none the less.  How are we going to get there? The first step is to be fully informed.

That is the question of the day.  While Canada has a vast reserve of oil, it still imports $26 billion worth of oil every year. According to EnergyEastPipeline.com:

The Energy East Pipeline, being handled by TransCanada, is a project spanning more than 4,500 km in length and will handle as much as 1.1 million barrels of oil capacity every day. Besides being a revolutionary project that will start at Alberta and Saskatchewan and end at the Eastern Canada refineries in New Brunswick, the project will be highly beneficial to the several workers’ unions in the country with an expected generation of over 14,000 new job opportunities.

A Memorandum of Understanding (MoU) has already been signed between TransCanada and the Pipe Line Contractors Association of Canada (PLCAC) along with its four major Union partners. The project will also add $55 billion to the overall GDP of the country, thus boosting it significantly.

According to Russ Girling, the CEO and the President of TransCanada, “This MOU signing is very significant for TransCanada. We are committed to hiring the best workers this country has to offer for the over 14,000 jobs Energy East will create annually across Canada during the nine years it will take to develop and build the pipeline. Above all, we are committed to ensuring Energy East is built safely.”

TransCanada is the leading operator of the Oil and Gas network in the North American continent, providing power to over 11 million homes and operating a total length of over 66,400 km of natural gas pipelines. With a strong focus on providing quality services leading to overall growth and development of the country, TransCanada strives to be a major pillar of success in the oil and gas industry.

Be informed. Find questions and answers about the Energy East Pipeline here.