It’s hard to think of Elon Musk and not be awed by possibility. The Chief Executive Officer of Tesla Motors is a modern innovator worthy of the company’s namesake. Musk is the visionary behind the possible colonization of Mars, the driving force behind Tesla Motors’ electric cars, the bright mind behind the Powerwall/Powerpack household/commercial batteries – and so much more. One of the co-founders of PayPal, he could have rested on those laurels and enjoyed his wealth when the company was sold in 2002.

Instead, he has positioned himself to tackle some of the world’s most pressing issues and boldest aspirations. Musk says, “Going from PayPal, I thought: ‘Well, what are some of the other problems that are likely to most affect the future of humanity?’ Not from the perspective, ‘What’s the best way to make money?’” 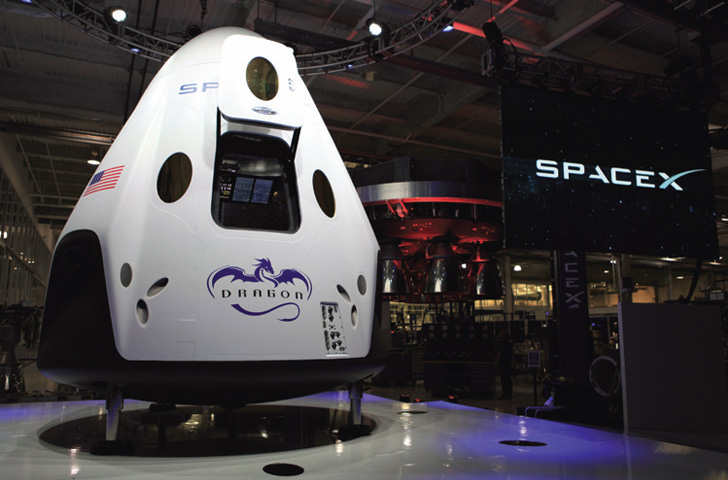 Driven by the desire to begin colonizing Mars, Musk founded SpaceX in 2002. Even though the idea had been out there for decades, realization of the endeavor was obstructed by the cost. A study in 1989 estimated that a manned mission to Mars would cost $500 billion, scaring many away from pursuing it.

Musk decided that he wanted to drum up legitimate interest within the industry with an idea called the Mars Oasis mission. The mission would send a small greenhouse to Mars
containing dehydrated nutrient gel that would be hydrated upon landing, sprouting the first interplanetary garden. In addition to the awe-inspiring image of the first garden on an entirely different planet, it would generate data on what it would take to maintain plant life on Mars. However, when Musk went about the task of acquiring two rockets for the project, he found that they were far too expensive and comprised of the same technology used in the 1960’s.

So began the task of revolutionizing space transport equipment. After analyzing materials and production costs, reevaluating construction and assembly methods, and researching the aerospace industry, SpaceX launched its first rocket in 2008. Named the Falcon 1, the price to potential customers was a fraction of what was projected by the 1989 study. Since then, the company has been focused on testing reusable rockets. In 2010 the vessel Dragon became the first privately-developed spacecraft to re-enter from low-Earth Orbit, and in 2012 it delivered cargo to the International Space Station (ISS). Falcon 9 was launched in December of 2013 and safely landed in 2014. SpaceX currently has a multi-billion dollar contract with NASA for transporting astronauts to the ISS, and the United States Air Force has recently announced that it is eligible to compete for launches of U.S. national security satellites. 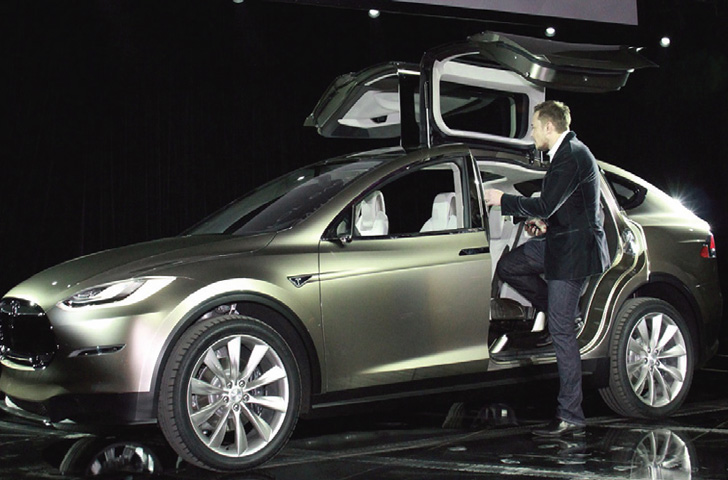 Tesla Motors was founded in 2003 and released its first fully-electric car, the Roadster, in 2008. The two-seat sports car set new standards in electric mobility by being capable of doing 0 to 60 in 3.7 seconds and achieving a range of 245 miles per charge of its battery. Next up was the Model S, which started volume production in the middle of 2012. With seating for seven – five adult seats and two rear-facing jump seats suitable for children in the back – it offers a longer range-per-charge than any other vehicle of its kind at 239 miles. Now, Tesla Motors is taking $5,000 deposits on the new Model X hatchback, which is set to grace the showroom in March of 2016. Heavier than the Model S, yet capable of doing 0 to 60 in 4.4 seconds, the vehicle is projected to have a range-per-charge of 170 – 230 miles depending on the wattage of the battery pack in the vehicle. The Model X will also have “falcon doors” that open upwards even in narrow spaces, instead of the typical outward swinging or sliding van doors. The idea is that it will provide better access to the third row seats than many van designs do now.

In May 2015, Musk announced that Tesla Motors is aiming to produce a new electric vehicle that will be more affordable than the previous models. The launch for the new Model 3 is estimated for late 2017, with a price range around $35,000. With a car more within budget range for the average person, the impact on the transportation and energy industries has the potential to be huge.

The announcement of Musk’s invention of the Powerwall and Powerpack batteries for home and commercial use has generated reactions ranging from unbridled excitement to gnawing skepticism. Networking expert and technology writer Arthur Cole recognizes the batteries’ capability for backup, but does not hail it as the last word in clean energy solutions. “It should not be looked on as the answer to our energy problems,” says Cole. “A diversity of solutions will likely be the most effective means of powering the data center going forward.”

That said, the batteries are already sold out through the first half of next year with 38,000 reservations made for the home version and 2,500 for the commercial. “Our goal here is to fundamentally change the way the world uses energy,” Musk says about the product. “At the extreme scale.”

So what role does the oil and gas industry play in all of this? It seems to be growing with Musk’s renewable energy mission. Between 2000 and 2010, oil companies in the U.S. invested some $9 billion in wind, solar, and biofuel technologies. As the technology develops, changes, and grows, so too will the oil and gas industry. Elon Musk may have said it best himself: “I came to the conclusion that we should aspire to increase the scope and scale of human consciousness in order to better understand what questions to ask. Really, the only thing that makes sense is to strive for greater collective enlightenment.”