Because you can’t get that experience in the real world, it’s just too dangerous

Technology is continuous; it is advancing and always growing. Expanding into new regions, reaching new heights, exhausting all boundaries.

Every time we settle in on a form of machinery or equipment, there seems to be superior new development that makes the previous apparatus seem obsolete.

The Hibernia Offshore Operations Simulator is the result an ever-changing industry. It is one of the most advanced pieces of simulation equipment designed for representing ship operations in complex offshore activities.

“It’s based on very advanced ship modeling software that was designed by the vendor, Kongsberg Maritime Simulation, in collaboration with a leading contractor in the offshore supply industry,” said Captain Chris Hearn, Director of Centre for Marine Simulation at the Marine Institute of Memorial University in St. John’s, Newfoundland and Labrador. “Kongsberg had come to the realization that their current product line had certain limitations in terms of offshore simulation capability and based on the challenges of training for offshore personnel they wanted to move to a higher level of technology and performance.”
.
This new and highly advanced simulator goes beyond the ship and considers what happens below the surface. Whereas the current simulator complement at CMS focuses on scenarios that represent the ship in different sea states with a variety of external forces applied in an extremely realistic manner, the systems have never replicated the forces that are applied from beneath.

“This simulator will allow us to be able to undertake an operation that you would particularly see offshore for recovering a deep water anchor,” explained the Director. “Currently, even though we are advanced in what we have now, in terms of representing all the ship specifics and sea states, we were very limited in doing anything below the surface.”

The new system that will be up and running in April 2015 will allow the local industry to undertake specific training and carry out assessments to identify and reduce risk involved in offshore activites. As an example of the capability of the new simulator, consider an operation like recovering a drilling rig’s anchor by a supply ship: the ship would have to trace back the anchor line and then pull the anchor free of the sea bottom.

“There are forces acting on that anchor chain and cable being transmitted/simulated to the ship and to the object on the bottom in real time. The ability to additionally simulate the ship in varying sea states heightens this physical and kinetic effect,” said the captain. “It makes for a very powerful tool, not only for risk assessment and analysis, but also for training.”

A completely unique system, this simulator is one of a kind and companies worldwide will be using it. What makes it unique is its electro-pneumatic motion base, which the simulator sits on, allowing for six-degrees of freedom motion. CMS will also have the capability of building its own ship models and geographic databases for this new simulator.“ We can place people on the Grand Banks, the North Sea or the Gulf of Mexico. We can place them wherever they want. We can build entire ports, operational bases or offshore fields. We can also build the specifcships involved,” said Hearn.

Hearn and his team were very specific on the details they wanted to achieve with the new simulator. CMS is focused on harsh environment operations and as such they wanted to represent the worst possible operating conditions: fog, wind, rain, snow and specifically ice.

“The type of modeling of ice forces that is underway as part of an ongoing project with the National Research Council facilities here in St. John’s, that kind of modeling for injecting realistic ice models, ice forces and icebergs,” he said. “This simulator system is the only one of its kind in the world. You can include ice in other ones, but you won’t be able to do what we are going to do. You won’t be able to tow an iceberg and feel it realistically in a sea state.” 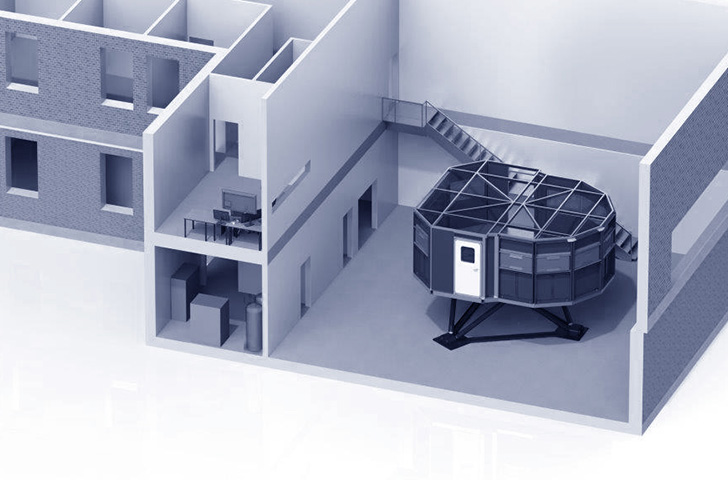 The Centre also wanted oil spill recovery and clean up simulation to be considered in the development of the system. One of the issues for the shipping and offshore industry is the high demand for an experienced crew, especially with a lot of captains who have built up years of experience retiring. 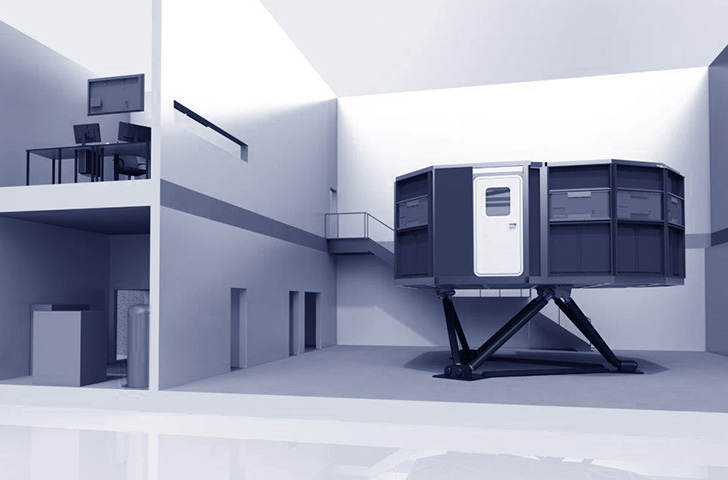 “You are getting a lot of fast promotion up through the ranks and if you focus on the offshore, they have enough challenges as it is, without worrying about the competency levels on the ship. The simulator is a way of preserving skill sets and experience,” said Hearn. “It’s a way to make sure that pool of knowledge is retained and transferred to younger people because you can’t gain certain types of training in the real world (on the job), it’s too risky, but you can use this type of equipment to represent those conditions to train mariners to gain the competence and skills for when they need it.”